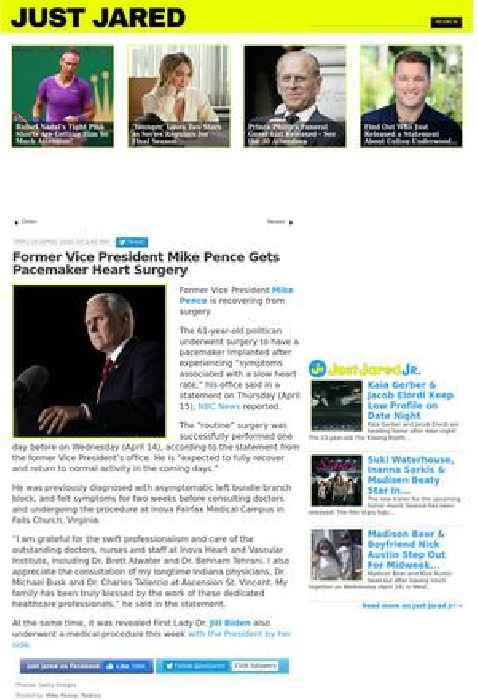 Former Vice President Mike Pence is recovering from surgery. The 61-year-old politican underwent surgery to have a pacemaker implanted after experiencing “symptoms associated with a slow heart rate,” his office said in a statement on Thursday (April 15), NBC News reported. The “routine” surgery was successfully performed one day before on Wednesday (April 14), according [...]

Pence "is expected to fully recover and return to normal activity in the coming days" after his surgery on Wednesday, a statement..