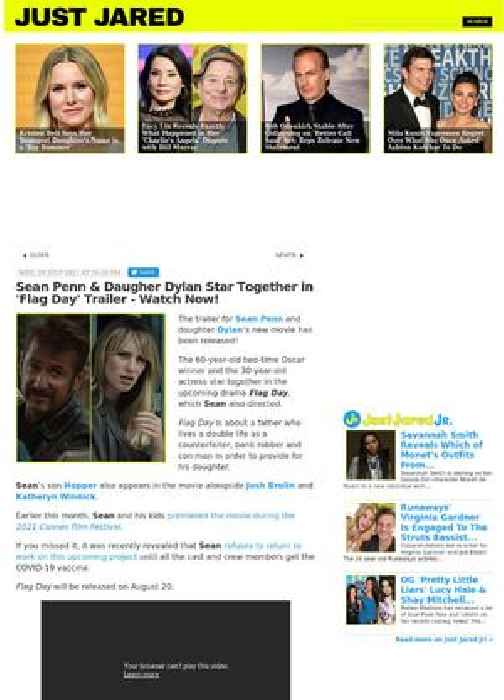 The trailer for Sean Penn and daughter Dylan‘s new movie has been released! The 60-year-old two-time Oscar winner and the 30-year-old actress star together in the upcoming drama Flag Day, which Sean also directed. Flag Day is about a father who lives a double life as a counterfeiter, bank robber and con man in order [...]

Flag Day with Sean Penn and Dylan Penn | Behind the Scenes

The sixth day of the Cannes Film Festival was relatively uneventful, until “Flag Day” director Sean Penn decided to rail..