'Red Notice' Salaries Revealed for Netflix's Most Expensive Film Ever! 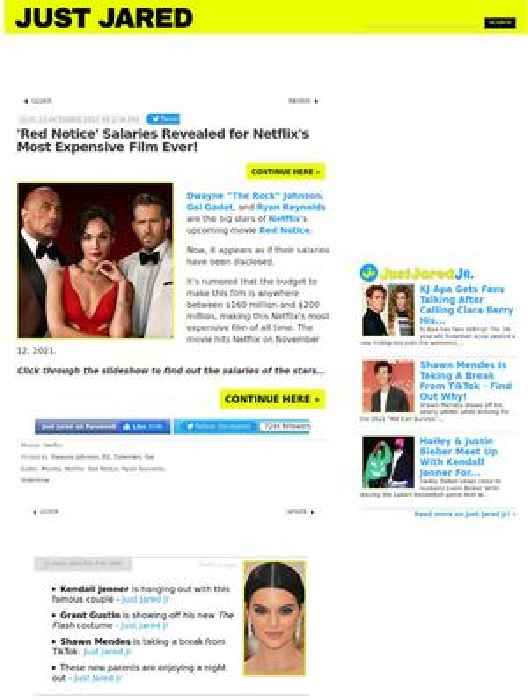 'Red Notice' Salaries Revealed for Netflix's Most Expensive Film Ever!

Dwayne “The Rock” Johnson, Gal Gadot, and Ryan Reynolds are the big stars of Netflix‘s upcoming movie Red Notice. Now, it appears as if their salaries have been disclosed. It’s rumored that the budget to make this film is anywhere between $160 million and $200 million, making this Netflix’s most expensive film of all time. [...]