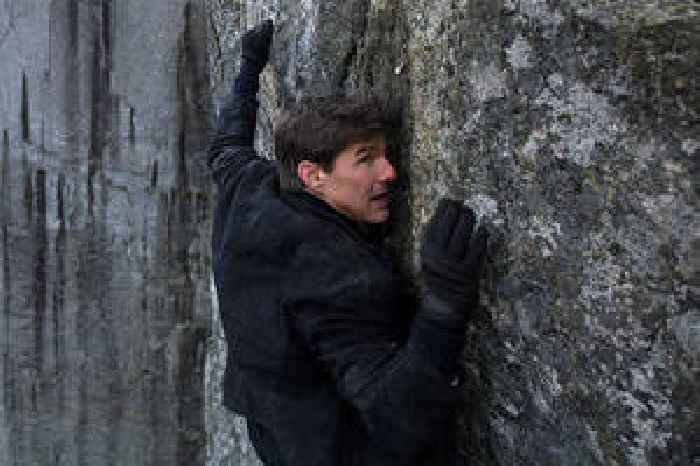 Production on the Tom Cruise action film “Mission: Impossible VII” has stopped in Venice, Italy following the outbreak of over 150 confirmed cases of the coronavirus in the country, a spokesperson for studio Paramount Pictures told TheWrap.

The seventh film in the franchise was meant to shoot for three weeks in Venice with Christopher McQuarrie is directing. The spokesperson added that Cruise had not traveled to Italy.

“Out of an abundance of caution for the safety and well-being of our cast and crew, and efforts of the local Venetian government to halt public gatherings in response to the threat of coronavirus, we are altering the production plan for our three-week shoot in Venice, the scheduled first leg of an extensive production for Mission: Impossible 7,” a Paramount spokesperson said in a statement. “During this hiatus, we want to be mindful of the concerns of the crew and are allowing them to return home until production starts. We will continue to monitor this situation, and work alongside health and government officials as it evolves.”

The new “Mission: Impossible” movie brings back returning cast members Cruise, Simon Pegg, Rebecca Ferguson and Hayley Atwell, alongside newcomers Nicholas Hoult, Shea Whigham and Pom Klementieff. Henry Czerny is returning to the franchise after being away since the first film.

“Mission: Impossible VII” is due in theaters on July 23, 2021, and the eighth film, which is being shot back-to-back with “VII” in order to capitalize on the box office and critical success of the previous film “Mission: Impossible – Fallout,” will be released on Aug. 5, 2022.

Paramount is releasing the film in conjunction with Bad Robot, Skydance Media and TC Productions.

Coronavirus Has Already Infected Hollywood’s Bottom Line – How Bad Could It Get?

Hollywood is already feeling the impact of the coronavirus (code name: COVID-19) as the disease spreads from its epicenter in..

How the coronavirus has impacted Hollywood movies like the next James Bond and 'Mission: Impossible,' and what could happen next

Chinese Exhibitors Pull Out of CinemaCon Due to Coronavirus

The Major Hollywood, Sports and Tech Events Canceled in Response to Coronavirus – So Far

‘Sonic the Hedgehog’ Release in China Postponed Amid Coronavirus Outbreak

Paramount Pictures announced on Monday that the release of “Sonic the Hedgehog” in China has been indefinitely postponed as the..