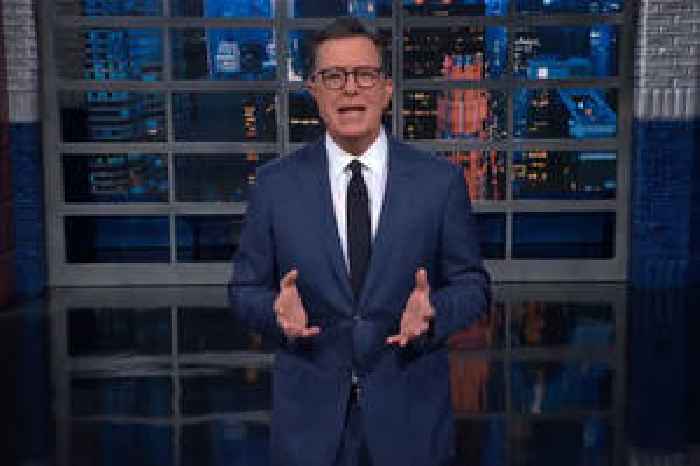 “Folks, I’m afraid I have sad news for fans of competence,” Stephen Colbert said sorrowfully as he lamented Thursday over the news that Sen. Elizabeth Warren became the latest candidate to drop out of the 2020 presidential race.

The one time front-runner was forced to suspend her campaign after not winning a single primary state following the Super Tuesday elections (including her home state of Massachusetts).

Her main faults according to Colbert included “being able to finish a coherent sentence” and worst of all, “not having a penis.”

“Warren is gone now, that’s it, she’s out of the race, further proof that America cannot have nice things,” the late night host added.

Though the senator was soundly beaten by Sanders and Biden at this critical point in the presidential race, Colbert admired the grace with which she exited.

“I will carry you in my heart for the rest of my life,” she wrote in a statement to her staff on Thursday. If I leave you with one piece of advice: chose to fight only righteous fights.”

Despite her surge of popularity in election polls last July after a slew of successful rallies and positive press, Warren’s star faded in recent months. Her ideas on healthcare, immigration and the economy failed to sway votes away from Sanders or Biden who represent drastically different lanes of the Democratic party–socialist-leaning progressives and old-school moderates, respectively.

“Despite her best effort, that Democratic road still has just two lanes,” Colbert said. “And two drivers who should probably have their keys taken away.” Check out a clip of Colbert’s Thursday night monologue below.

Elizabeth Warren on Sexism in 2020 Presidential Race: 'That Is the Trap Question for Every Woman'