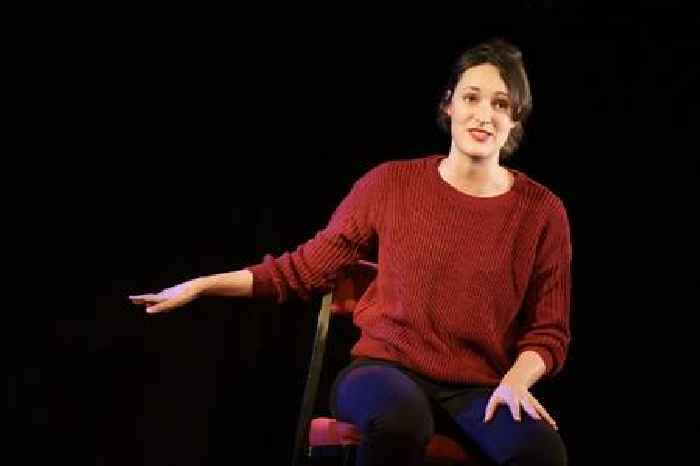 Phoebe Waller-Bridge to the rescue! The Emmy winner’s acclaimed “Fleabag” one-woman show is headed to streaming for a good cause.

For the first time, her live stage show will be available on Amazon Prime Video in the U.S., starting April 10, for two weeks.

Waller-Bridge partnered with DryWrite, Soho Theatre and Annapurna Theatre, National Theatre Live in London and Amazon Prime Video, to bring her critically-acclaimed theater production to streaming services with the goal of raising money for several UK-based charities to support those affected by the COVID-19 pandemic.

The one-woman show was performed to a sold-out house at Wyndham’s Theatre in London’s West End last summer and a sold-out house Off-Broadway in New York last Spring. It was first broadcast to cinemas by National Theater Live in September 2019, but has never before been available to stream.

For those in the UK and Ireland, it will be available to stream as of April 6 on Soho Theater’s On Demand streaming site.

Beginning April 10, it will be available in Australia, New Zealand and Canada as well as Amazon Prime Video in the U.S. for two weeks only, and then it will be removed from streaming services again. Once purchased and downloaded for £4.00 (approximately $5.00 US), the production will be available to stream for a 48-hour time period.

The charities this will benefit include The National Emergencies Trust (NET), NHS Charities Together and Acting For Others, and the newly launched Fleabag Support Fund, distributes grants of £2500 to freelancers working in the UK theatre industry who have been affected by the coronavirus crisis. US charity organizations to receive proceeds from streaming money will be shared at a later date.

The “Fleabag” live show was written by Phoebe Waller-Bridge and directed by Vicky Jones, and produced under their DryWrite banner by Francesca Moody.

“I hope this filmed performance of ‘Fleabag’ can help raise money while providing a little theatrical entertainment in these isolated times. Thank you to all our partners and to the creative team who have waived their royalties from this production to raise money for such vital causes in this unbelievably challenging situation. All money raised will support the people throughout our society who are fighting for us on the frontlines and those financially devastated by the crisis, including those in the theatre community. Thank you in advance to those who donate. Now go get into bed with Fleabag! It’s for charity!” said Phoebe Waller-Bridge.

“We are facing an unprecedented national emergency that is causing suffering to people in so many different ways. We urgently need more money to tackle this crisis – many people are suffering, not just physically, but also economically, emotionally and socially. We are delighted to be receiving donations from this initiative. These funds will help the NET provide vital support to those who need it most as quickly and efficiently as possible,” saidJohn Herriman, Chief Executive Officer of National Emergencies Trust.

“We are so proud of our incredible NHS staff and volunteers, who are working tirelessly day and night to care for COVID-19 patients and our hearts go out to all those who have lost loved ones during this emergency, which also sadly includes the loss of heroic nurses and healthcare workers. For many staff, this also means difficult personal sacrifices – including staying away from their own homes and families. Our member charities are supporting NHS staff, volunteers and patients across the UK by providing food deliveries, overnight stay kits, high energy refreshments for those working long hours onwards, covering the cost of travel, parking and accommodation and volunteer expenses. NHS charities also supporting patients’ mental health through isolation with electronic communication devices so they can talk more easily to family and friends. By supporting our hard-working NHS teams we can help to ensure patients get the best possible care when they need it most,” said Ellie Orton, CEO of NHS Charities Together.

Here's Everything Coming to Amazon Prime Video in April

· If you're ok with giving up hundreds of channels, you can save a lot of money by saying goodbye to cable and..

Late-night hosts Jimmy Fallon, Jimmy Kimmel and Stephen Colbert are hosting a benefit special put on by their respective broadcast..