Remote Studio or Life Inside a Bubble: How to Broadcast Sports During a Pandemic 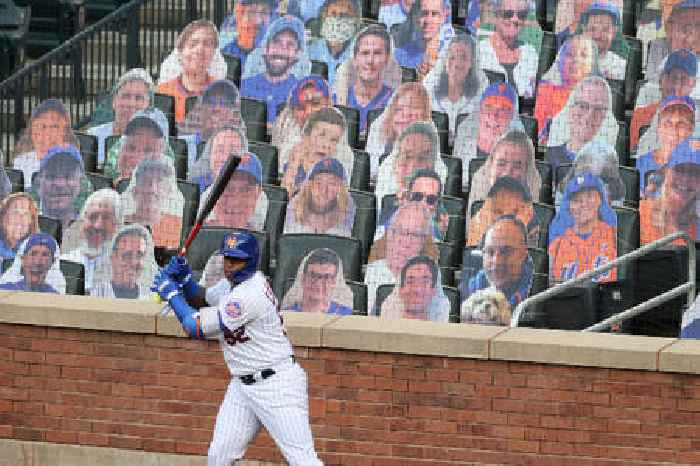 Remote Studio or Life Inside a Bubble: How to Broadcast Sports During a Pandemic

When the Washington Nationals finally throw the first pitch of the 2020 MLB season on Thursday, there will be nobody at Nationals Park to witness the first game of the defending champion’s title defense.

Not even Matt Vasgersian, ESPN’s top baseball broadcaster, will be in attendance, calling the game instead from the network’s Bristol, Conn. headquarters. While sports are often used by many viewers as a distraction from their day-to-day struggles, this year’s set-up makes it impossible to ignore what is happening outside the stadium.

“The pictures people see of empty ballparks and people wearing masks beg for explanation,” Vasgersian told TheWrap during a conference call with reporters. “Unfortunately, we are not going to be able to transform them into their happy place of viewership and make them forget about what’s happening in the world.”

The Toronto Blue Jays can’t play in Toronto because the Canadian government doesn’t have confidence that American teams crossing the border won’t bring the virus with them. The Los Angeles Dodgers’ stadium has moonlighted as a COVID-19 testing facility since May. Just look at who baseball tapped to throw its ceremonial first pitch Thursday night: Dr. Anthony Fauci, American’s go-to expert on all things coronavirus.

“The abnormal has become the normal,” Vasgersian’s ESPN booth partner, Alex Rodriguez adds. “But it’s a year of adjustments, and I think baseball becomes the comfort food that Americans and people in this country want right now.”

The next two weeks will see two of American’s most popular sports return to action — the NBA resumes its season starting July 30 at its Disney World bubble — along with the WNBA and the NHL, which skates back onto the ice Aug. 1 from two similar “bubble” environments in Canada. The PGA Championship will become Golf’s first major this year when it swings away on Aug. 6th.

Sports during the pandemic has been dominated by views of color-coded swarms of empty seats and the constant sight of face masks and Zoom boxes. For those responsible for bringing viewers their sports fix, the virus has upended their whole way of life, down to even the smallest details.

“Everything that you used to do and the way you used to do it and things that you took for granted are now much different,” Pierre Moossa, NBC Sports’ coordinating producer in charge of the network’s Premier League coverage. “How do you eat crew meals? Where do you go? Where do you walk? You know, it’s one-way traffic. Wearing a mask for significant durations is something that I underestimated — how much that takes out of you, just breathing through a mask for long hours on the air.”

The U.K.-based soccer league has been back in action for more than a month, and Moossa is still acclimating to this new world. “You never once thought about printing shots,” he added. “Somebody can’t hand a piece of paper to another person. You have to install printers.”

It’s led to broadcasts that aren’t always the same buttoned-down production they were before COVID-19 turned the world upside down. For most Americans, Zoom and remote working have become an ingrained part of everyday life. “The American audience is very accepting of imperfection,” Moossa said.

Numerous leagues are resorting to a bubble environment in order to keep he virus out its walls, particularly for the MLS, NBA and WNBA which are attempting to hermetically seal themselves in Florida, while COVID-19 lurks outside their doors (TNT’s lead NBA broadcaster Marv Albert opted out over concerns about the disease). The NHL packed up and went across the border up to Canada, where the case numbers are significantly lower. Even MLB is keeping its teams within their own regions to cut down on travel. ESPN is not planning on sending any of its broadcasters to stadiums; every one of the games will called from Bristol. NFL training camps opened up this week after a last-minute agreement on, without any official agreement on COVID-19 safety protocols (though some aspects like testing have been agreed upon).

*Also Read:* MLB and NBA Players Who Have Opted Out of 2020 Seasons Over COVID-19 Concerns (Photos)

Moossa said that the only people that NBC has on-site for Premier League matches are the two broadcasters, it works with U.K. broadcasters to get the video feeds, primarily Comcast-owned Sky. “We’re doing the shows now with a third of the staff.”

Germany’s soccer league Bundesliga and the Korean Baseball League were among the first to stage games in the middle of the pandemic, but the lack of crowd noise and the rows of empty seats gave off an eerie vibe. So broadcasters innovated by adding in fake crowd noise to bring some semblance of normalcy. The NBA is toying with the idea of pumping in crowd noise, while all MLB stadiums will feature a soundtrack that goes beyond just idle cheers to include organists and public address announcers.

“It won’t be overpowering in the stadiums with the natural crowd noise, but I think it will be just enough,” said Mark Gross, ESPN’s senior vice president of production and remote events. “You sneak in just enough crowd audio for the baseball games, it’s much less hollow. It’s more authentic than I thought it would be, and I think the initial fear is it would not be authentic.”

NBC has been offering two versions of its Premier League matches, one with and one without the added crowd noise. Moossa argues that fans like the artificial additions.

“The difference between watching it with and without is stark,” he said. “The majority of the audience is truly preferring the crowd noise.”

Even without the spectators, the return of the NBA and MLB is badly needed by the networks that air those games, particularly cable networks ESPN and Fox Sports 1. Disney pays nearly $6 billion in rights fees a year, according to data from Needham, with Fox not far behind in shelling out more than $3 billion annually. In total, the top national sports rights in the U.S. cost nearly $16 billion across the five major media companies. Even on the local level, where baseball fans are the most prevalent, sports are a billion-dollar business. Sinclair Broadcasting, the largest station group in the country, pays $2 billion a year for local rights for NHL, NBA and MLB teams.

It’s just as important to the leagues’ too, which explains why so many are adamant about staging games despite a significant amount of criticism that it is too dangerous to play games while the virus is still pummeling the country. Last year, media rights fees accounted for the largest share ($21 billion) of revenue for North American leagues.

“I plan on embracing it, because my optimism borders on considering me a Pollyanna,” Vasgersian admits. “I don’t think we are going to have to deal with this in multiple seasons. At least I hope not.”

Coronavirus: The Canceled and Postponed Events in Tech, Media, Sports and Entertainment (Updating)

Good thing Dr. Anthony Fauci will keep his day job as the country’s top infectious disease expert, because his first attempt on..

19 media startups that top VCs say are poised to take off in 2020, as the pandemic reshapes the industry