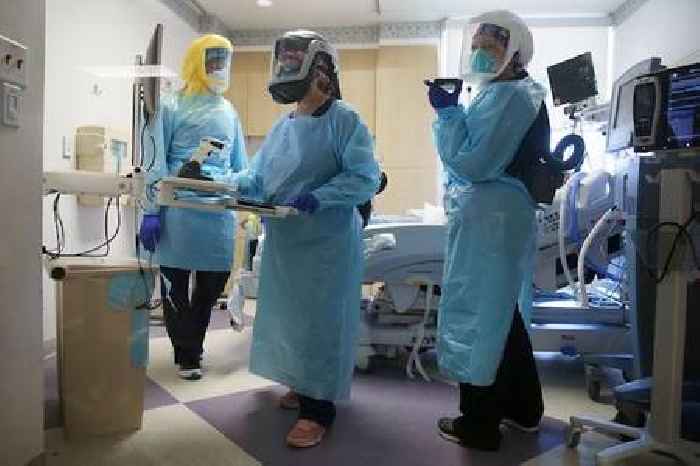 With 197 deaths reported on Wednesday, California has surpassed its previous record for the most reported coronavirus-related deaths in a day.

California reported a total of 8,755 confirmed COVID-19 cases, based on data collected on Tuesday, with Los Angeles remaining as the county with the most positive cases across the state. On Wednesday, Los Angeles County public health director Barbara Ferrer reported 4,825 new cases and 91 deaths. Ferrer said that the high numbers were due, in part, to a backlog of tests, with more than 2,000 of the cases coming from that backlog.

She also noted that a growing number of younger people in the county were getting infected.

“They shouldn’t really be gathering with people they aren’t living with and they should be avoiding all crowded places,” Ferrer said.

A tracker released by the Los Angeles City Controller’s office determined that the city of Glendale has had the most deaths within the county of Los Angeles, while the most cases have popped up in unincorporated East Los Angeles.

Last week, California reached its last record-high number of deaths — 157 — reported in a single day. There have now been a total of 8,715 deaths and 475,305 confirmed COVID-19 cases in California, according to data released by the state. Over 2,000 patients have also been admitted to the ICU for COVID-19.

“Please — WEAR A MASK,” Gov. Gavin Newsom urged his followers in a tweet on Wednesday.

Jeff Bezos is about to defend his Amazon empire before Congress. Here's how the richest person in the world makes and spends his $178 billion fortune.

· *Jeff Bezos, the wealthiest person alive, is now richer than he's ever been.*
· *Bezos made his fortune from online retail..

· Science is an ongoing process, which means new discoveries often upend old theories.
· Contrary to what many people..

Austin Ventures' $900 million VC fund was supposed to make the city the next startup hub. But it wasn't until the fund folded that Austin's tech scene flourished.