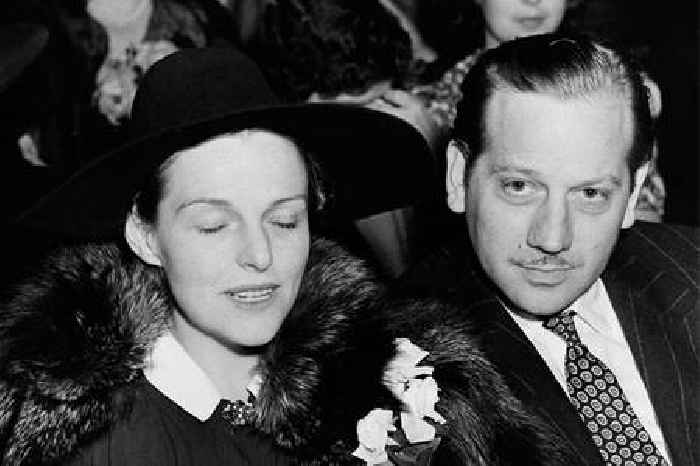 Rep. John Lewis, the civil rights giant and Conscience of Congress who was laid to rest on Thursday, was one of the first members of Congress to condemn Donald Trump for comparing his House impeachment probe to lynching. “Obscene,” said the Georgia congressman, who sadly didn’t live to see the heinous practice officially become a thing of the past.

Not that he didn’t try. The House last year passed a bill to make lynching a federal crime. But that legislation has been held up in the Senate as part of extensive police reform legislation by Sen. Rand Paul (R-Kentucky). “One man holding up what would be a historic bill, recognizing one of the great sins, just added insult to injury,” co-sponsor Sen. Kamala Harris (D-California) said recently on “The View.”

It turns out that another member of Congress — long before Lewis or Harris came along — also tried to ban lynching more than 75 years ago: Helen Gahagan Douglas, an actress-turned-Democratic congresswoman from California who, as Bill Moyers told us, “is sadly being less and less remembered every year.” (Douglas died in 1980.)

Douglas and her husband, Academy Award winner Melvyn Douglas, were early activists on the left side of Tinseltown.  She served three terms in the U.S. House, surrounded by white men, and yet managed to de-segregate the House Office Building’s cafeteria. She was the first representative to hire a Black secretary, and, ensured that 1.2 million Black World War II servicemen got into the Congressional Record by reciting their names on the House floor. She offered a bill to abolish the poll tax, as well as the anti-lynching legislation. She would likely be stunned by what today’s Congress looks like, if not always acts like, now.

She would also be amazed at the actions happening in the entertainment industry. Reality TV shows with good cops and Black victims are going away. Scarlett and Rhett have been “reframed,” and frankly, many seem to give a damn. NBA star Russell Westbrook is planning a docuseries about the Tulsa riots, the massacre of “Black Wall Street” in 1921.

As for live theater — the Douglases met while acting on a Broadway show — would they even recognize the actions there today? Shuttered during the pandemic, and reeling from George Floyd’s murder, virtually every stage company in the country is reassessing its policies and processes. In a recent conversation, the Public Theater Artistic Director Oskar Eustis pledged, “I am spending a lot of time listening, and asking how we can do this better.” Bear in mind, the Public is where Lin-Manuel Miranda was encouraged to cast the Founding Fathers in whatever hue he chose. This week, it released a podcast of a mostly-Black cast performing “Richard II.” (Andre Holland plays the king.)

Culture is moving forward, but as Lewis, Harris and others have tried to legally end the threat of lynching, the country is experiencing the most divisive time, politically, since 1950. That is when Helen Gahagan Douglas was defeated for the U.S. Senate by a young Richard Nixon. In that campaign, Nixon’s infamously labeled his opponent “the Pink Lady” and said she was “pink right down to her underwear” — a false suggestion that she sympathized with the Communist Party.

Helen Gahagan Douglas lost that race, but her impact on society continues to be felt.