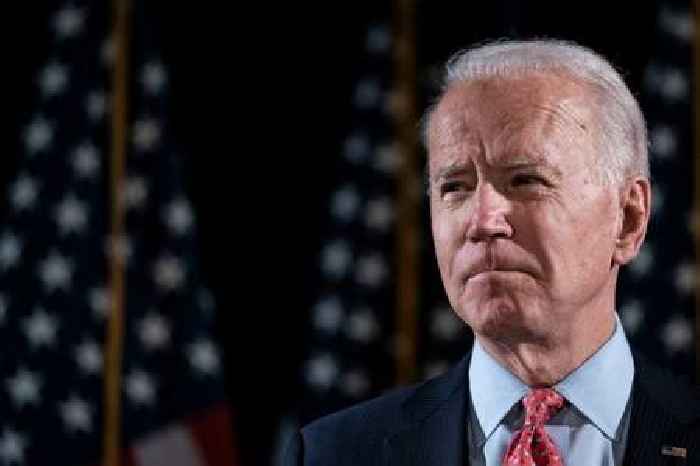 Doctored video to make it appear that Joe Biden fell asleep during a TV interview that was then shared by a White House adviser was slapped with a Twitter “manipulated media” label Sunday.

It wasn’t Biden who was drowsy, however: The original clip actually showed singer Harry Belafonte asleep waiting for an interview with news anchors on Bakersfield, California’s CBS affiliate, KBAK. The image of Biden was inserted over Belafonte’s.

The fake video was then shared by White House Deputy Chief of Staff for Communications, Dan Scavino, and “The Wayne Dupree Show” co-host, Brian Smyth.

Clicking Twitter’s “manipulated media” notice — which was added to the tweets containing the video — leads to a landing page of real information about the original video and an explanation of the doctoring.

Twitter also included contemporaneous tweets from media observers who noted the on-air misstep in 2011, as well as a HuffPost article written at the time that quotes a representative for Belafonte denying he fell asleep. Instead, they said, he had audio issues and didn’t know he was on.

An anchor for the station verified that the clip was, indeed, fake. “This is fake,” John Dabkovich tweeted. “You know how I know? I was the co-anchor [sic] in studio. We were interviewing Harry Belafonte.”

*Also Read:* CNN Urges Trump to 'Be Better' After He Posts Phony Video of Network Story About Two Toddlers

Harry Belafonte on the manipulated video featuring him tweeted by Scavino, a dep WH chief of staff: “They keep stooping lower and lower.  A technical glitch in an interview I did 9 years ago now becomes another one of their lies, more of their fake news…” 1/

2/2 “…I beg every sane American-please vote them out. I knew many who gave their life for the right to vote. Never has it been so vital to exercise that right.”

Watch the manipulated clip — which, again, comes from an interview of Harry Belafonte and not Joe Biden — below:

Jim Gaffigan Explains Why He Went on Trump 'Rant': 'I Had No Choice'

President Donald Trump aired out his grievances with CNN, MSNBC and Fox News in one tweet Monday, angered that none of the cable..