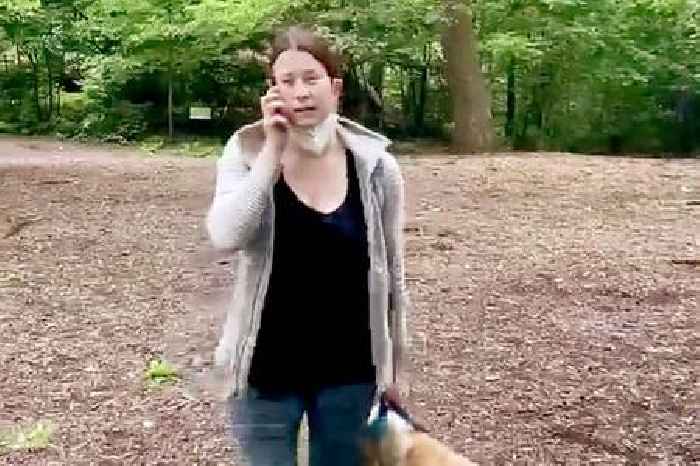 Amy Cooper, the white woman who called police on a Black birdwatcher in New York City’s Central Park over Memorial Day weekend, has been charged in New York criminal court.

According to District Attorney Cy Vance’s office, Cooper was charged with falsely reporting an incident in the third degree when she “falsely accused a Black man of trying to assault her.” The misdemeanor charge is punishable by up to one year in jail.

“Our Office is committed to safety, justice, and anti-racism, and we will hold people who make false and racist 911 calls accountable,” Vance said in a statement. “Amy Cooper engaged in racist criminal conduct when she falsely accused a Black man of trying to assault her in a previously unreported second call with a 911 dispatcher. Fortunately, no one was injured or killed in the police response to Ms. Cooper’s hoax. Our Office will pursue a resolution of this case which holds Ms. Cooper accountable while healing our community, restoring justice, and deterring others from perpetuating this racist practice.”

A lawyer for Cooper didn’t immediately return a request for comment.

The interaction between Cooper and the bird watcher, Christian Cooper, was videotaped and widely circulated on social media, renewing public scrutiny around repeated incidents of white people calling the police to falsely accuse Black people of wrongdoing.

During the encounter, Christian Cooper had asked Amy Cooper to put her dog on a leash, given that they were in a part of Central Park that requires dogs to be leashed. Amy Cooper refused to do so, and the encounter soon escalated as Amy Cooper took out her phone and called the police, saying, “There is a man, African-American, he has a bicycle helmet and he is recording me and threatening me and my dog.”

Cooper stated during an interview on “The View” in May that he was “uncomfortable” that Amy Cooper lost her job at the investment firm Franklin Templeton over the incident, though he was clear it was a “racist act.”

“First of all, about the death threats: I’ve been unequivocal about that ever since I found out she was getting them. It’s abhorrent and it’s contrary. If you think what she did was wrong — that she was trying to bring death by cop down on my head — then there is absolutely no way you can justify then turning around and putting a death threat on her head. So that’s got to stop. That’s not acceptable. Everything else that’s happened to her — I don’t — I’m uncomfortable with defining someone by a couple of seconds of what they’ve done,” he said.

With a Republican president running for re-election, leading Black activists and artists assemble to map out political challenges..