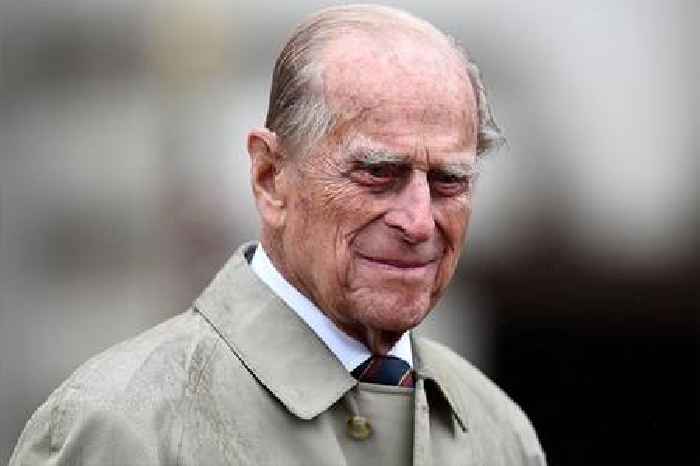 Prince Philip, husband of Queen Elizabeth II for more than 50 years, died Friday of undisclosed causes. He was 99.

Prince Philip, who had been hospitalized earlier this year for a month before returning to Windsor Castle on March 16, had been mostly out of public view since retiring from his official royal role in 2017.

Born Prince Philip of Greece and Denmark in Greece in 1921, his father was the seventh child and fourth son of King George I of Greece. Phillip was exiled from the country along with his family when his father was blamed for territorial losses in the Greco-Turkish war of 1919-1922. He was raised primarily in the United Kingdom and joined the Royal Navy in 1939 at age 18, serving in World War II.

Philip and Elizabeth met when she was 13 years old in 1939, and the couple received permission to marry from her father, King George VI, in 1947. He carried the title Duke of Edinburgh.

*Also Read:* 'The Crown': 7 Reasons the Golden Globes Darling Is So Worth Watching (Photos)

Throughout his time as consort to Queen Elizabeth, Phillip became known for casually making racist or sexist jokes in public, the source of infrequent PR headaches for the royal family. For instance, in 1965 he dismissed Ethiopian art as “the kind of thing my daughter would bring back from her school art lessons.”

Later, in 1986 he told a group of British students in China, “If you stay here much longer you will all be slitty-eyed.” And in 1999, while touring a factory in Scotland, he said regarding a fuse box, “It looks as if it was put in by an Indian.”

The early years of their marriage, during which Elizabeth was crowned Queen, were depicted in the first season of the Netflix series “The Crown” in 2016 with Matt Smith as Philip. His life from the late 1960s through 1990 was depicted during the show’s third and fourth seasons, where he was played by Tobias Menzies.

'The Crown': 7 Reasons the Golden Globes Darling Is So Worth Watching (Photos)

'The Crown' Characters, Ranked From Worst to Best (Photos)

Meghan and Harry to reconcile with the Queen?

Queen Elizabeth has invited the Duke and Duchess of Sussex to her Platinum Jubilee celebrations but it is unclear if they will join..

Jonny Lee Miller has joined the cast of The Crown: but who will he play?

Why does Dame Helen Mirren think Queen Elizabeth is a survivor?