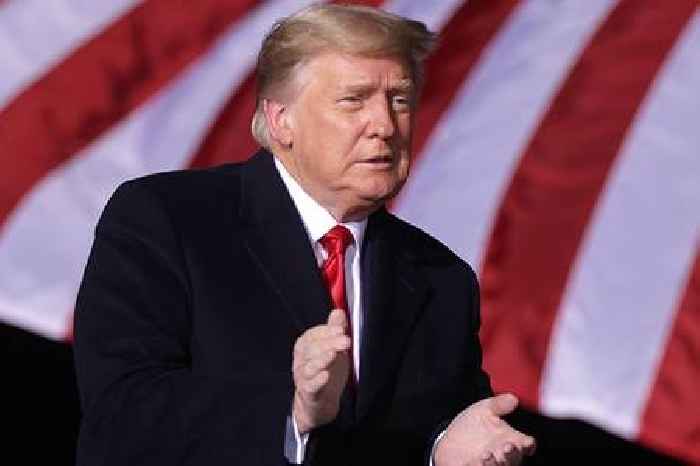 After covering Donald Trump’s turbulent presidency as CNN’s White House correspondent, Jim Acosta took some time during his new job as the network’s weekend news anchor to mock the former president over reports that he turned a speech at a Republican donor retreat at Mar-a-lago into a tirade against his political enemies.

Citing reports from The New York Times, Acosta skewered Trump for being stuck in “grievance Groundhog Day” after he trashed not only Democrats like Barack Obama and Joe Biden but also Republicans like Mitch McConnell, Mitt Romney, Ben Sasse and even his own vice president, Mike Pence.

“It seems he gets up every day, gripes about the election, and wakes up the next day still a loser,” Acosta said. “After airing complaints about the election in his Easter message and at a recent wedding toast, he kept it up at a RNC donor dinner last night,” Acosta continued. “He called the results BS, slammed his own vice president for certifying them and said, this is a direct quote, ‘If that were Schumer instead of that dumb son of a bitch Mitch McConnell they would never have allowed it to happen.'”

Trump also turned his ire on Dr. Anthony Fauci, who maintains his decades-long role as a White House medical adviser under Biden but who tussled with the Trump Administration over messaging during the COVID-19 pandemic. “Have you ever seen anybody that is so full of crap?” he reportedly said, mocking the advice Fauci gave him during his presidency and even the first pitch he threw out at a Washington Nationals game last summer.

Trump even praised the size of the crowd that appeared at his rally in Washington D.C. on January 6, hours before hundreds of his supporters staged an attack on the U.S. Capitol. While he clarified that he was “not talking about the people that went to the Capitol,” social media posts circulated among Trump supporters and uncovered by reporters showed how Trump’s rally that day, along with weeks of speeches claiming the 2020 election was “stolen” from him, served as the main catalyst for the attack.

Watch Acosta’s remarks in the clip above.

Jim Acosta Mocks Trump’s ‘Grievance Groundhog Day’: ‘He Gets Up Every Day, Gripes About the Election, and Wakes Up the Next Day Still a Loser’

CNN’s Jim Acosta responded to reports of former President Donald Trump’s remarks at a Republican donor event at Mar-a-Lago by..