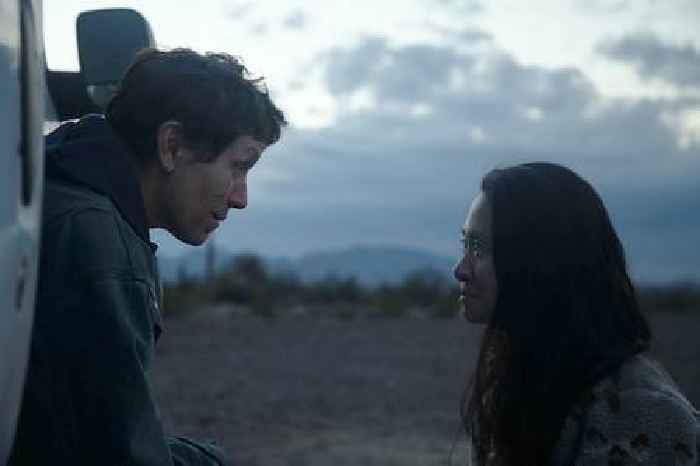 Chloé Zhao was named the best director of 2020 at the 73rd annual Directors Guild Awards, which were presented on Saturday in a virtual ceremony.

Zhao’s win for her quiet road film “Nomadland” makes her the second woman to win the DGA Award for feature film, after Kathryn Bigelow for “The Hurt Locker” in 2010. Only 10 women have ever been nominated in the category, with this year marking the first time that two female directors were nominated in the category in one year. (The other was Emerald Fennell for “Promising Young Woman.”)

The win for Zhao comes two weeks after “Nomaldland” also won the Producers Guild Award, making it the only film to win more than one prize from the four major guilds. “The Trial of the Chicago 7” won the Screen Actors Guild’s ensemble award, while “Promising Young Woman” and “Borat Subsequent Moviefilm” won Writers Guild Awards. The combination of DGA and PGA honors cements the position that “Nomadland” holds as the Oscar frontrunner for Best Picture, though it’s hard to place too much faith in precedent in this strangest of all awards years.

The Directors Guild Award for feature film has usually been one of the most reliable Oscar predictors, with the winner going on to win the Best Director Oscar 64 times in 72 years. Still, the disagreements between Oscar and DGA voters have happened more often since 2000 than they did in previous years: After differing only four times in the DGA’s first 52 years, the groups have diverged four more times in the last 20 years. One of those occurred last year, when Sam Mendes won the Directors Guild Award for “1917” while Bong Joon Ho took the Oscar for “Parasite.”

The DGA’s record at predicting the Oscar Best Picture winner is also strong, with the film that wins with the guild also taking the top Oscar more than 75% of the time. But over the past decade, as Oscar splits between the director and picture categories have become more common, the DGA has predicted the Oscar best-pic winner five times and failed to do so the other five.

Darius Marder won the award for a first-time film director for “Sound of Metal,” in a category whose other nominees were Regina King for “One Night in Miami,” Florian Zeller for “The Father,” Radha Blank for “The Forty-Year-Old Version” and Fernando Frías de la Parra for “I’m No Longer Here.”

The documentary award went to Michael Dweck and Gregory Kershaw for “The Truffle Hunters.”

In the television categories, the award for directing in a drama series went to Lesli Linka Glatter for the series finale of “Homeland,” Susanna Fogel won the award for comedy-series directing for “The Flight Attendant” and Scott Frank won the limited series or television movie award for “The Queen’s Gambit.”

Thomas Schlamme, who currently serves as president of the DGA, won the variety-special award for “A West Wing Special to Benefit When We All Vote” and spoke out against voter suppression laws around the country. The variety-series award went to Don Roy King for “Saturday Night Live”; it was his seventh win for “SNL,” and his sixth consecutive win in the category.

Here is the list of DGA nominees. Winners are indicated with **WINNER*.

What Can Directors Guild and BAFTA Awards Tell Us About the Oscars?

Why Would China Censor Oscars Over a Short Doc Nominee? 'They Are Obviously Afraid,' Director Says

Here is the list of all the winners at the 93rd Academy Awards. 'Nomadland' won the Academy Awards for the 'Best Picture' and Chloe..

12 Lessons From a Long and Broken Awards Season

For those who still think the glass is half-empty, I see it filling up

I remember the first time I met Chloé Zhao. She..