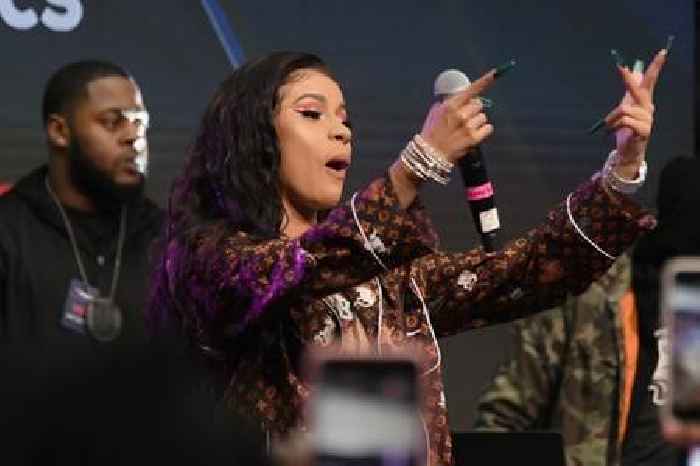 Rapper Cardi B tweeted that the idea of defunding the police is “bullsh–” Thursday, but deleted her post shortly thereafter.

“That’s bullsh– to me. We need cops and that’s facts,” said the now-deleted response to another user’s call to defund. “We just need strict laws for cops.”

She went on, “If you shot somebody just like civilians you will go to jail that same day, get [charged], wait for bond and go to trial. That will make you think twice about shooting anyone.”

Writer Clarkisha Kent was one of the few Twitter users who were able to criticize the tweet while it was still up. “Who ‘needs’ cops?” she replied.

Cardi B was vocal earlier in the week about her opinion that “blue check Republicans” on the social media site weren’t saying enough in the wake of the police killing of Daunte Wright or the pepper-spraying of Army Lieutenant Caron Nazario.

“Ya been real [quiet]. Twitter Blue check Republicans are a [f–ing] joke. I don’t ever want to see yaa ranting on celebrities, athletes until yall address what’s REALLY WRONG IN AMERICA!” the performer, who has also criticized conservative reaction to her hit song “WAP,” tweeted Tuesday night.

She also attached a video of herself addressing the recent events directly.

“This past week we have seen an American lieutenant that served this country get treated like a f–ing dog by cops. Got maced. Got thrown to the floor. Mind you, this man served this country,” she said in the clip, referring to Nazario, who filed a lawsuit against the Virginia police officers who pulled him over in December and told him he “should” be afraid when he expressed fear about getting out of his vehicle.

Cardi then addressed the recent killing of 20-year-old Wright in Minnesota, saying, “We have seen a young man get killed by a cop — unarmed — and the excuse was the cop that had been on duty for 20-plus years mistaked a gun for a taser.”

She continued, “My thing is, where the f– are you Twitter blue check Republicans at? Y’all are the loudest on this motherf–ing app. Y’all not saying nothing. Y’all not complaining. Y’all blame everything with what’s wrong in America beside the police. Y’all have been very silent. What’s going on?”

In a now-deleted tweet, Cardi B came out against defunding the police on Thursday, calling the movement "bullsh*t."