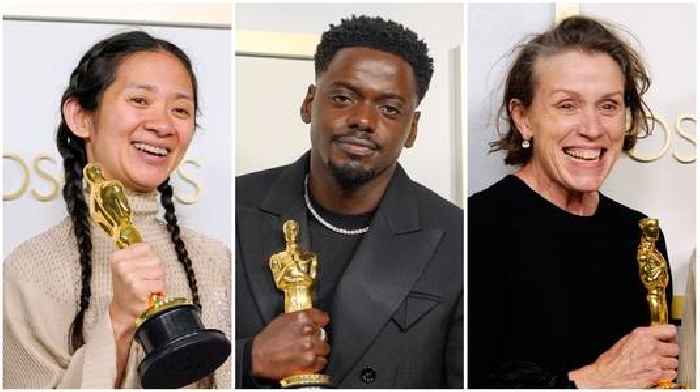 In this year’s pandemic-scrambled production and release schedule, it’s hard to tell what upcoming movie and TV projects for actors and directors came before or after their involvement in this year’s Academy Award-nominated films. And it will probably take some time to reveal how the Oscars affect future roles and new deals for the lucky ones — although it’s generally understood that the deal-making starts even before the Oscar ceremonies conclude among producers and agents attending the ceremonies (perhaps by text, given this year’s socially distant festivities).

Whenever and wherever the post-Oscar deals go down, however, Forbes reports that an actor’s going salary jumps 60% following a win, although that estimate can vary widely based on the star’s previous standard pay rate and stature, and every deal has its own individual quirks and perks.

An oft-cited example is the meteoric salary increase for Jennifer Lawrence after winning Best Actress in for “Silver Linings Playbook.” Variety reported Lawrence earned only about $10,000 for her work on 2010’s Winter’s Bone, but after she won the Oscar for Best Actress for 2012’s “Silver Linings Playbook” she became the highest-paid actress in Hollywood, commanding an estimated $20 million per movie.

Whatever the long term future (and future bank accounts) hold for Sunday night’s winners, most have plenty of new projects in the works. Here are some of them:

Best Picture winner “Nomadland” director Chloe Zhao (“Songs My Brother Taught Me,” “The Rider,” is enrolling at MCU – that’s Marvel Cinematic Universe — directing Marvel’s “The Eternals,” which introduces a exciting new team of super heroes. Marvel Studios describes the Eternals as  “ancient aliens who have been living on Earth in secret for thousands of years. Following the events of Avengers: Endgame, an unexpected tragedy forces them out of the shadows to reunite against mankind’s most ancient enemy, the Deviants”. The formidable cast includes  Angelina Jolie, Richard Madden, Kumail Nanjiani, Lauren Ridloff, Brian Tyree Henry, Salma Hayek, Lia McHugh and Don Lee, Kit Harrington. The film is planned for a Nov. 5 release.

Frances McDormand is set to produce and star in the feature film adaptation of Miriam Toews’ novel “Women Talking,” to be written and directed by Sarah Polley. McDormand reportedly acquired the rights to the book under her Hear/Say Productions banner before bringing it to Brad Pitt’s company Plan B. “Women Talking” is now set up at MGM’s Orion Pictures, and will be released theatrically in the U.S. by United Artists Releasing. The story follows a group of women in a religious colony as they struggle to reconcile their faith with sexual assaults committed by men in the colony.

“Promising Young Woman” filmmaker Emerald Fennell, winner for best original screenplay, is set to write the DC movie “Zatanna” for Bad Robot and Warner Bros. Created by Gardner Fox and artist Murphy Anderson, Zatanna is a magician who first made her comic book debut in the November 1964 issue of “Hawkman.” The role has reportedly not been cast yet for the movie, and it is not known if Fennell will direct “Zatanna.” Serinda Swan previously portrayed Zatanna, marking the superhero’s live-action debut, on later seasons of The CW show “Smallville.”

Daniel Kaluuya’s next projects are targeted for youth. The actor is serving as both producer and star of the adaptation of Femi Fadugba’s upcoming novel “The Upper World,” due in 2021, for Netflix. Kaluuya will play Esso, who discovers that he has the power to see into both the past and future. And according to Cinemablend, since 2019 Kaluuya and Mattel have been planning to teaming up for a live-action “Barney & Friends” film adaptation. When the project was announced, Kaluuya told The Guardian he was excited to explore what he called a modern-day hero and to see “if his message of love can stand the test of time.”

Yuh-Jung Youn’s win for best actress in a supporting role for “Minari” may open doors for Youn, a prominent star in her native Korea, but she recently told The New York Times she believes her lack of fluency in English may keep her from making the leap into Hollywood films.

Anthony Hopkins is leading the cast for the upcoming the drama mystery thriller “Where Are You?” also featuring Hopkins’ “Westworld” co-star Angela Sarafyan. “Where Are You” cast also includes actors Camille Rowe, Madeline Brewer, Mickey Sumner and Ray Nicholson in supporting roles. The movie co-directed by Valentina De Amicis and Riccardo Spinotti tells the story of a photographer going through an artistic decline who begins taking his aggressions out on his artist girlfriend, leading to his descent into his own subconscious.

Finally, fans will have one more chance to see Chadwick Boseman in 2021: The late actor voiced his “Black Panther” character T’Challah in “What If…”, an upcoming animated anthology series created by A.C. Bradley for the streaming service Disney+, based on the Marvel Comics series of the same name, slated to premiere in mid-summer. “What If…” explores what might have happened if key moments from the films of the Marvel Cinematic Universe (MCU) had turned out differently. Watch the trailer below:

3 Takeaways From a Big Weekend for Box Office Recovery

12 Lessons From a Long and Broken Awards Season