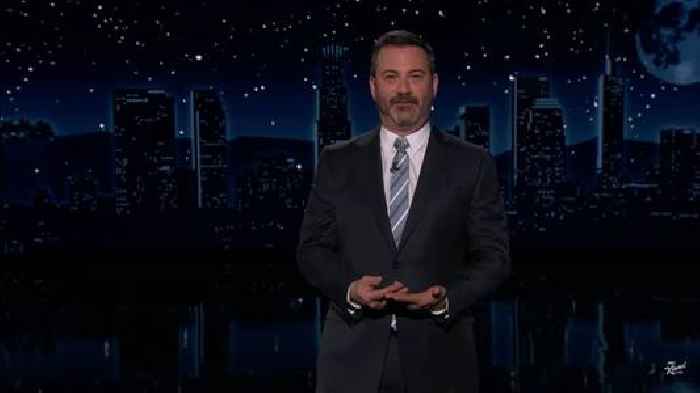 Like many people, Jimmy Kimmel thought Donald Trump’s public complaint about the 2021 Oscars was dumb and should be thoroughly mocked. So on Tuesday’s “Jimmy Kimmel Live,” the late-night host offered up his suggestions for a version of the Oscars Trump might have liked, featuring movie titles that pander to his reactionary views.

But before that, he also delivered a response on behalf of the film Academy that a lot of people probably wish actually happened for real.

I assume you know the deal by now, but just in case, on Tuesday the disgraced former president released a statement dunking on the ceremony’s historic low ratings, mainly by whining that the show has become too “politically correct” and “woke.” It’s a silly and poorly written statement and I’m not going to bore you by repeating it. But if you absolutely must know what the man who incited a deadly riot in an attempt to overthrow the government thinks about the Academy Awards, by all means click here.

After reading Trump’s statement verbatim during his opening monologue, Kimmel joked that it was “what happens when you’re banned from social media: instead of tweeting like everybody else, you have to fax a statement two days after everyone forgot the Oscars happened.”

That’s when he joked that the Academy of Motion Picture Arts & Sciences had issued a response to Trump’s statement. Of course it wasn’t really from the Academy, but I’m confident you can suspend your disbelief long enough to laugh along with it. Here is what Kimmel’s ‘Academy’ response says:

“Statement by the Academy of Motion Pictures Arts and Sciences: What used to be called The President of The United States, and now is some guy called “Don” — a far less important and elegant name–has the lowest approval rating of any President in modern history. Your hair is ridiculous, your tan is ridiculous – and everything you say is dumb. Go back 15 years, get a new reality show – pretend to write another book and go back to bed.”

“P.S. Our show sucked this year cause you gave everybody Covid,” the fake letter concludes.

After a couple of more jokes, Kimmel offered up a solution that might actually please Trump:

“But he does make some valid points.  And, so, we put our heads together this afternoon – to come up with an Oscars show that would have been more entertaining for Donald Trump,” Kimmel said. “And, these are nominated movies Trump would have probably enjoyed.”

Kimmel then gave the titles of five fake movies Trump might enjoy, along with some amusing fake movie posters:

“The Father – Who Never Showed Me Affection”

“Ma Rainey’s Black Bottom that I Spanked with a Forbes Magazine.”

“The Trial of the Chicago Seven Layer Dip

“Grab Her By the Octopus Teacher”

“It’s funny because – the thing is – Donald Trump basically is the Oscars.  Old, bloated, completely self-involved and obsessed with gold. He’s them,” Kimmel said as he concluded the bit.

You can watch the entire monologue above now — the Trump/Oscars stuff happens right from the jump. Meanwhile, just to remind you, even one of Trump’s most trusted COVID advisers now says the vast majority of COVID deaths could have been avoided had Trump not mismanaged the pandemic.