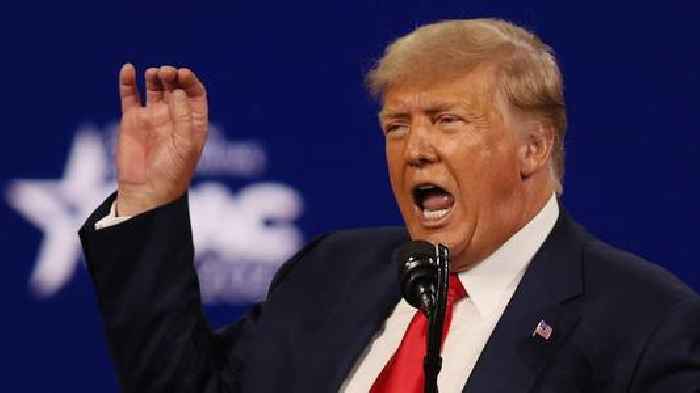 Donald Trump wasted no time mocking the 93rd Academy Awards for its record-low ratings, calling Sunday’s ceremony “politically correct and boring” and asking the Academy to “bring back a great host.”

“What used to be called The Academy Awards, and now is called the ‘Oscars’ — a far less important and elegant name — had the lowest Television Ratings in recorded history, even much lower than last year, which set another record low. If they keep with the current ridiculous formula, it will only get worse — if that’s possible,” Trump said in a statement from his office.

He continued: “Go back 15 years, look at the formula they then used, change the name back to THE ACADEMY AWARDS, don’t be so politically correct and boring, and do it right. ALSO, BRING BACK A GREAT HOST. These television people spend all their time thinking about how to promote the Democrat Party, which is destroying our Country, and cancel Conservatives and Republicans. That formula certainly hasn’t worked very well for The Academy!”

Both the rating and total-viewer tally are new record lows for the Oscars telecast, which hit its previous all-time lows with last year’s show, a telecast that aired before COVID-19 interfered with live awards shows (and the traditional release of movies in theaters).

This is not the first time Trump has criticized the Academy Awards — last year, he inexplicably complained about South Korean film “Parasite” winning Best Picture.

“By the way, how bad were the Academy Awards? And the winner is a movie from South Korea,” then-President Trump said during a rally. “What the hell was that all about? We got enough problems with South Korea with trade. On top of it, they give him the best movie of the year? Was it good? I don’t know. Can we get ‘Gone With the Wind’ back please? ‘Sunset Boulevard.’ So many great movies, the winner is from South Korea. I thought it was best foreign film, right? Best foreign movie. No! Did this ever happen before?”

Trump also insulted Brad Pitt at the time, calling the “Once Upon a Time…in Hollywood” Oscar winner “a little wise guy.”

The Oscars was just the latest awards show to suffer a steep drop in ratings this season: This year’s Grammy Awards sunk more than 60% in ratings from 2020’s show among adults 18-49, the age range most sought after by advertisers on entertainment programming. Just 8.8 million viewers tuned in across multiple platforms, down by a full 10 million from a year ago.