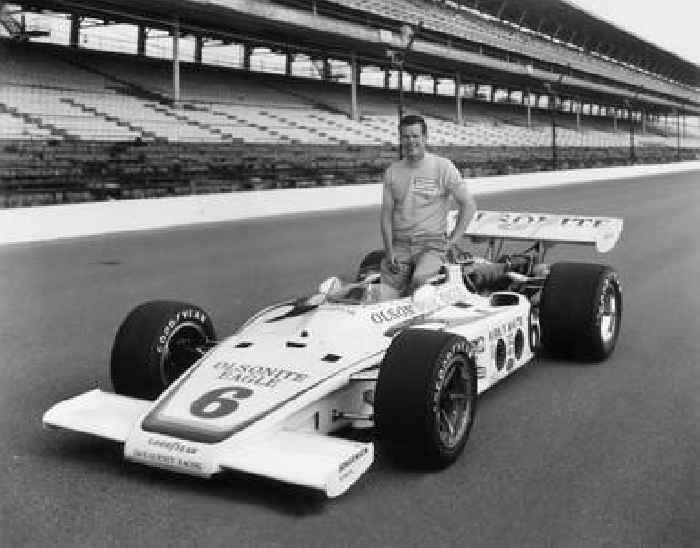 Unser’s death was confirmed by the Indianapolis Motor Speedway on Monday. He is survived by his wife, two sons and and two daughters.

Unser won the Indy 500 in 1968, 1975 and 1981 during a 27-year career. The Unser family is legendary in auto racing — six members of the family have raced in the competition. Bobby’s younger brother, Al Unser, won the Indy 500 four times, making the two the only pair of brothers to both win the “Greatest Spectacle in Racing.”

Unser also won an Emmy Award for “Outstanding Live Sports Special” in 1989, for his broadcast coverage of the Indy 500.

The Indianapolis 500 confirmed Unser’s passing Monday and said he was the “total package — adored by fans, funny and charming, and a true champion.”

RIP to a LEGEND.

Today, the racing world mourns the passing of three-time Indianapolis 500 champion Bobby Unser. He was the total package – adored by fans, funny and charming, and a true champion.

Unser was born in Colorado Springs, Colorado, and became fascinated with racing as a child — his dad owned an auto shop on Route 66 and he began his racing career in Roswell New Mexico Speedway when he was 15 years old. Unser took a break from racing to join the U.S. Air Force from 1953-55, and then started racing full time. He became one of the 10 drivers in the world to win the Indy 500 at least three times, and he’s one of the only two drivers to win the race in three different decades.

Check out more reactions to Unser’s passing below.

I join the racing world mourning the passing of Bobby Unser. The best of times….. when a fierce competitor can also be a very very very good friend. RIP my friend. Thanks for the memories https://t.co/zTsj1mm3jm

Today we remember the life and legacy of Bobby Unser. pic.twitter.com/TyV7cRQ7xH

The motorsports world has lost an all-time great.

Three-time Indianapolis 500 champion Bobby Unser has died at the age of 87. pic.twitter.com/R5P5FMqaOo

Honoring the life of three-time Indianapolis 500 champion Bobby Unser, who has died at the age of 87.

Two years ago, we got the chance to speak with the racing legend. pic.twitter.com/A4ePSqGpoK

The 1st to win the “500” in 3 different decades, while finishing last in his 1st start and 1st in his last start.
One of racing’s most colorful, charismatic and engaging personalities. God Speed to Indy’s favorite Uncle.
Bobby Unser. Legend. pic.twitter.com/kxKL880Z5w

Olympia Dukakis, Star of 'Moonstruck' and 'Steel Magnolias,' Dies at 89

Johnny Crawford, 'The Rifleman' Child Star and Mouseketeer, Dies at 75

Bobby Unser, three-time Indy 500 champion, dies at 87: 'There was nobody like him'