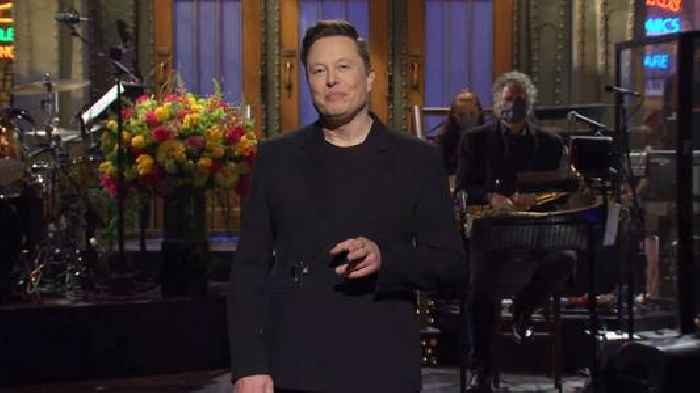 During his monologue on Saturday, first-time “SNL” host Elon Musk said he is the first person with Asperger’s syndrome — a colloquial term used to describe high functioning people on the autism spectrum — to host the long-running show. But you saw the headline so we’ll just cut right to it: No, he isn’t.

“I’m actually…the first person with Asperger’s to host SNL–or at least the first to admit it. So I won’t make a lot of eye contact with the cast tonight. But don’t worry, I’m pretty good at running ‘human’ in emulation mode,” Musk said mid-way through the monologue.

Unfortunately, this isn’t actually true. Because original “Saturday Night Live” cast member Dan Aykroyd disclosed in 2013 that he has Asperger’s — and he hosted SNL in 2003. Sorry, Elon.

Now, strictly speaking Asperger’s syndrome isn’t necessarily a recognized condition anymore. In 2012, the Diagnostic and Statistical Manual of Mental Disorders removed the diagnosis of Asperger’s, as it was being applied to several dissimilar kinds of high functioning people on the autism spectrum. Instead, the American Psychiatric Association uses the term Autism Spectrum Disorder to describe people like Aykroyd and, apparently, Musk.

Incidentally, Musk’s statement during his monologue was apparently the first time he has publicly disclosed this information about himself.

Musk returned to the topic of Asperger’s, sort of, later in the monologue when he said: “I know I sometimes say or post strange things, but that’s just how my brain works. To anyone I’ve offended, I just want to say, I reinvented electric cars and I’m sending people to Mars in a rocket ship. Did you think I was also going to be a chill normal dude?”

Musk ended his monologue by bringing his mother out on stage for some jokes and Mother’s Day banter. You can watch the entire monologue at the top of the page.

Elon Musk has revealed he has Asperger’s syndrome, as he claimed to be the “first person with Asperger’s” to host 'Saturday..

‘SNL': Pete Davidson Saves Mars (and the Show) in ‘The Astronaut’ Short (Video)

Elon Musk Was the Worst ‘SNL’ Host Ever