What Happens to James Bond Franchise Once Amazon Takes Over MGM? 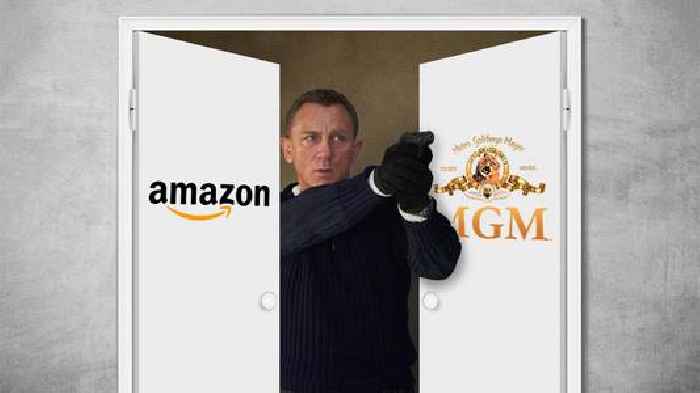 What Happens to James Bond Franchise Once Amazon Takes Over MGM?

What will happen to the billion-dollar James Bond franchise now that the online giant Amazon has bought MGM and its 50% stake in the legendary spy series?

One thing is clear: No matter what Amazon wants to do with the Bond franchise — more features, character spinoffs, TV series — something only happens when Barbara Broccoli and Michael G. Wilson, the owners of Eon Productions, want it to happen.

“Nothing majorly will change,” John Cork, an Avid Bond fan and director of over 30 Bond documentaries, told TheWrap. “It’ll just be one more studio logo that will appear on James Bond movies.”

Consider 007 history, said an insider who asked to remain anonymous, noting the “countless times” MGM and UA have been bought and sold and the many executives that have come and gone, thinking they would be the change with the Bond franchise.

“This means nothing,” the insider said of the Amazon deal. “The only thing that stays is the Broccolis and the Wilsons and the franchise. When you work on the franchise, you serve at the pleasure of the producers — it doesn’t matter if you are Bond or a studio executive — it’s always going to be the Broccolis.”

Eon Productions and the Broccoli Family have held creative control of the franchise since Bond’s first appearance in 1962’s “Dr. No.” Albert “Cubby” Broccoli, Barbara’s father and Michael’s stepfather, first ironed out a deal with United Artists for the studio to finance and distribute the films — but Barbara Broccoli and Wilson still have final say over everything, including marketing and distribution.

According to Cork, Broccoli control started when Cubby Broccoli and Harry Saltzman became producing partners in the early ’60s — Saltzman owned the Bond rights, and Cubby had the contacts to make movies out of the creator Ian Fleming’s books. But when Saltzman wanted to sell, he refused to sell his share to Broccoli. Instead, he sold 50% of the holding rights to United Artists, which is why Amazon only got 50% of the franchise. The remaining 50% stays with the Broccolis. According to one insider, until now, MGM used to be the tie breaker on distribution decisions, while the Broccolis had final decision on creative.

And that’s because of the original deal with United Artists. According to Jeff Kleeman, a producer who spearheaded the “Bond” revival at MGM/UA in the 1990s, UA at the time typically gave more control to the filmmakers than other studios did. When MGM bought UA and its rights to Bond, the UA style conveyed.

“The deal the Broccolis have is a deal that was made in the early ’60s with United Artists when they were a different kind of company,” Kleeman said. “There is no other producer in town that has a deal like this — you have to be a scholar to understand it. It’s like rings of a tree — there is no other tree that is this old and big in Hollywood.”

Kleeman said that while the Broccolis have finally say on anything Bond, they’ve always worked in tandem with MGM, and he doesn’t expect that to change with Amazon so long as a level of trust remains between the two new partners.

“The Broccolis are its guardians,” Kleeman said. “Their entire childhood was raised on the sets of Bond movies and no one else can say that. They see executives come and go, but the Broccolis will always remain. If Amazon is able to respect that, they’ll get on just fine. Yes, there are certain clauses or areas that give one or the other side slightly more control in certain circumstances, but the big picture is partnership. It depends on how Amazon handles them and how Amazon builds a mutual respect and trust… I actually think anything is possible with them if you approach them the right way.”

The partnership starts with “No Time to Die,” the last of the Bond films with Daniel Craig, which has been sitting on the shelf for a year due to the coronavirus pandemic. There was even talk of selling the film to Apple for $400 million, but allegedly, the Broccolis wanted a theatrical release. “Ultimately, the real value of Bond for Amazon doesn’t lie in the release of ‘No Time to Die.’ It’s a long term play that creates value in a myriad of different ways,” Kleeman said. “The best thing Amazon can do is give the new film tremendous support with a global release, which would give them the double-win of bolstering the franchise they now have a significant stake in and showing the Broccoli’s they can be good partners.”

He added: “50% is a big enough interest to demand collaboration.  Neither side can proceed without the other side, so they’re handcuffed together until MGM changes hands again and Eon gets a new partner.  And both sides, for different reasons, are incentivized to keep the Bond franchise alive.”

The insider said that keeping MGM as a theatrical partner well past “No Time to Die,” would be a good move and that it’s important for Amazon to start off on the right foot with Barbara Broccoli. But the insider added that it would be financially beneficial for Amazon as well. Plus, shortly after the announcement of the deal, Broccoli and Wilson released a statement committing to the theatrical experience for future Bond films.

“Jeff and people at Amazon are smart enough to know that Bond is inherently the film franchise in the world outside of Marvel and DC,” the insider said. “People will pay premium to see it in theaters — why would you give that up?”

Amazon, after all, put up $8.45 billion for MGM, which many industry insiders considered an overpayment. But the storied Hollywood studio boasts a library that includes 4,000 film titles and 17,000 hours of TV programming, catnip to a tech giant looking to feed its hungry streaming service with content as rivals like Netflix, Disney and the upcoming WarnerMedia/Discovery bulk up their offerings. The treasure trove of IP contains not only Bond, but also the “Rocky” franchise, “Legally Blonde,” “Tomb Raider” and small-screen successes like “The Handmaid’s Tale’ and “Vikings.”

Not only does the Bond franchise span 26 movies and almost 60 years, but the films have grossed almost $7 billion globally.

“I think this is very exciting — the biggest struggle that’s happened with Bond has been the money to make these films and where does that money come from,” Cork said. “And right now, Amazon is a bottomless pit of money. The Bond films are efficiently made but those struggles will now be abated.”

So if Bond films stay on the theatrical route, could there be spin-offs of James Bond or other characters in the franchise on Amazon Prime?

Eon owns everything from Fleming’s source material, which includes characters like M, Q and Moneypenny, so while Barbara Broccoli and Wilson would have to sign off on spinoff ideas, insiders say it’s an idea that’s not too far-fetched. After all, they’ve considered it before.

Cork said Eon Productions in the past has attempted to develop something spun off from James Bond, including an animated James Bond Jr. TV series in the 1990s. There have also been talks about a project based on Michelle Yeoh’s character from “Tomorrow Never Dies” and a project surrounding Halle Berry’s Jinx character in “Die Another Day.” Disney+ did something similar with Marvel and “Star Wars” projects, like “WandaVision” and “The Mandalorian.”

“Everyone wants a female James Bond or a Moneypenny spinoff — if they do a Ben Wheatley series about Q featuring crazy gadgets, 50 million people would watch the s— out of that. It’s so obvious!” the insider said.

Daniel Craig in “No Time to Die”/MGM

It’s worth noting that Amazon also owns the exclusive North American publishing rights to all 14 classic James Bond titles. According to Cork, however, no one else speaks for Barbara Broccoli and Wilson. A spokesperson for Eon has not yet responded to TheWrap’s request for comment.

“They’ve been open to new ideas,” Kleeman said. “They will spin off something if it is presented in a way that takes their stake in it from an empathetic point of view. They never shut down these conversations before.”

Cork said anything is possible — Amazon just needs to be willing to dig into its wallet. “Would Amazon create a structure where they could do something that expanded that universe? Would they want to do a parallel type universe for Amazon based on the original novels and then you’d save the theatrical — it all depends on whether Amazon wants to put up the money.”

Kleeman said the Broccolis are not as inflexible as people say they are. He said in the years working at MGM/UA as EVP of Production and working on “GoldenEye,” “Tomorrow Never Dies” and “The World Is Not Enough,” the Broccolis often were opposed to suggestions that they agreed to later. For example, MGM/UA wanted Pierce Brosnan to play James Bond instead of Timothy Dalton, which Barbara Broccoli and Wilson initially resisted. Eventually, Brosnan was cast. They also weren’t a fan of moving the Bond films from summer to Christmas, but that’s what happened with “GoldenEye,” Kleeman said.

“They want to see the franchise grow and evolve,” the insider said. “Barbara knew before anyone that Bond had to evolve with Daniel Craig, and it worked.”

Representatives for MGM and Amazon have not yet responded to TheWrap’s request for comment.

Amazon’s $8.4 billion purchase of MGM will add over 5,000 movies and TV shows to Amazon Prime’s streaming catalog. But that..

Amazon's $8.5 billion blockbuster deal with MGM is about to shake up the streaming wars

The producers of the James Bond franchise, Eon Productions’ Barbara Broccoli and Michael G. Wilson, say that despite the Amazon..