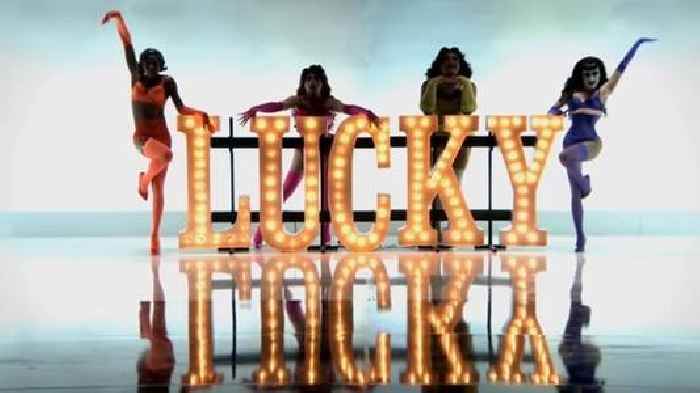 It’s not just the queens who find themselves working under the wire on “RuPaul’s Drag Race.” For the songwriting duo of Brett “Leland” McLaughlin and Freddy Scott, crafting the finalist song “Lucky” was a race in itself — especially having to work under COVID protocols.

“One of the most magical parts about working on the show is that the elements of the competition are also alive in the production of the show,” Freddy explained to TheWrap’s deputy editor Lawrence Yee. “The way that we work is we are pretty much constructing a playground and an environment with queens to thrive in.”

It’s easier said than done, as Leland and Freddy are told nothing about the queens ahead of time to ensure the fairness of the competition. The contestant’s styles can vary wildly; Season 13’s Top 4 included trained vocalist Rosé, and (eventual winner) Symone, who frequently referenced Black hip-hop culture. Rounding out the finalists were Gottmik, the show’s first transgender male contestant, and Afro-Latinx queen Kandy Muse.

“I would say from Ru’s and the team’s conception of the concept is about usually three weeks out from when the Queen’s will be performing it on the stage,” Leland said, outlining their timeline. “That gives us a couple weeks to sketch out some rough ideas work with Ru, [EP] Tom Campbell and make sure everyone is really happy with the songwriting the basic structure.”

But after that, the duo is under the same demanding deadlines as the queens themselves.

“Once we record the queens on camera, there’s usually an hour we hit the stop clock. And there’s an hour between when the queens step off the main stage and when they need rough versions of the song on their iPod to begin dance rehearsal,” Leland continued. “So, Freddie is quickly in the dressing room, comping the vocals of the queens, quickly going through the vocals and in an hour turning around something that they can perform. And then the next day turning around something more fully realized with more production and that is when they usually perform it.”

On top of that, COVID protocols were in place during the entire Season 13 production, which only made the process more challenging.

“I love working intimately with the queens and really pulling from them and challenging them to get the best vocal performance I can so that when they get the version on their iPods, that they’re happy with it,” Leland said. “Wearing a mask and a shield, and being 15 feet away from someone on set definitely added a barrier to what normally would be this really organic rapport. But they know we’re there to make them sound good.”

Also organic was host and executive producer RuPaul’s input on “Lucky,” which had a decidedly Motown and swing feel.

“Tom Campbell and Ru are just so encyclopedic in their knowledge about everything, everything that’s ever happened in pop culture. They can bring up any records that ever existed, like working with the supercomputer, in a way, so they helped a lot in shaping the sound of it,” Freddy explained. As for adding their own special touches, he responded: “Leland plays piano, I play guitar, we play multiple instruments. And it was really fun to bring those organic instruments into the sound of it.”

Being “Drag Race,” it was also important to insert queer phrases like the lyric “pussy on fire.” “Growing up, I took in so much culture, I tried to take in as much queer culture as I could,” Leland explained. “And so to be a part of a show that is now feeling queer culture and, and putting things out into the universe that a lot of times are, thankfully are so beautifully accepted by the queer community and now by mainstream as a whole, It’s really overwhelming.”

Both Leland and Freddy couldn’t be more pleased with the end result.

“Despite all the issues and complications that we had doing it, the energy with the production, with the cast and with producers with us was ‘let’s overcome this.’ And let’s make a song called ‘Lucky’ in an unlucky time,” Freddy reflected. “So to watch that performance, it the performance the way it was shot in, everything was changed because of the way COVID was happening. It was shot really was a byproduct of the times we’re living in. But it blossomed into something new, into a final for performance I don’t think has been done that way before.”

Chimed in Leland: “I’m so proud of the queens, proud of World of Wonder for accomplishing something so special and what feels like raising the bar in such a challenging time. And I’m grateful to be a part of something that is surrounded with good energy and was injecting a bit of joy into a really rough time for a lot of people.”

Watch the Season 13 queens perform “Lucky” above and learn more about Leland and Freddy Scott’s songwriting process below: