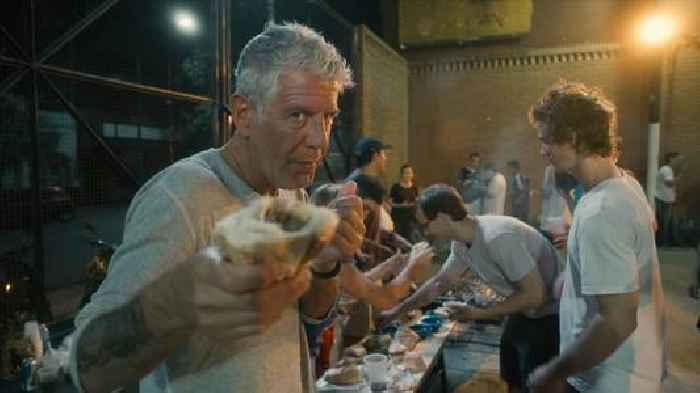 While the Cannes Film Festival wrapped up this weekend, the indie box office took another step towards rebuilding as Focus Features/CNN Films’ “Roadrunner: A Film About Anthony Bourdain” set a new post-pandemic high with $1.9 million grossed this weekend from 925 locations, topping the previous record of $1.88 million set by the Benedict Cumberbatch spy film “The Courier.”

That gives the documentary a per theater average of $2,050 and also sets an opening weekend record for director Morgan Neville, who has previously released critically acclaimed documentaries like “20 Feet From Stardom” and “Won’t You Be My Neighbor?”. “Roadrunner” was similarly praised by critics, earning a 95% Rotten Tomatoes score.

But it’s not too much of a surprise that this is a new record for Neville, because “Roadrunner” is being released in a market that is far different than the one his past work entered into. With the pandemic sending many indie films to day-and-date releases and older audiences that support such titles still more reluctant to return to theaters than younger moviegoers that are seeing films like “Space Jam: A New Legacy,” specialty titles are eschewing the traditional four-screen release in Los Angeles and New York in favor of an initial nationwide release strategy.

Lisa Bunnell, head of domestic distribution at Focus, says she has been gratified to see that the strategy has paid off, and feels optimistic about the road ahead for arthouse films as more mature offerings like “Stillwater” and “CODA” are set to arrive in the coming weeks.

“We are starting to see arthouses grosses make some serious improvements. The Angelika in New York and the Music Box in Chicago did very well this weekend and we also saw strong turnout at the Belcourt in Nashville,” Bunnell said. “Obviously we have to take everything one film at a time, but with a film about such a globally known figure like Tony Bourdain, we were feeling really confident that people would want to come out to theaters to see his story.”

Indeed, part of the film’s success was that it drew younger moviegoers that have been attending theaters more frequently. Focus reports that 52% of the film’s audience was between the ages of 25-44, deviating from the normal pattern of moviegoers over 40 being the key demographic. Audience reception was strong with a 4.5/5 rating on Postrak with a 91% recommend rate.

Arthouses also got some help from NEON’s “Pig,” a drama that has earned Nicolas Cage critical acclaim for his performance as a hermit living off the grid outside of Portland who goes on a search to find who stole his pet pig. With a 98% Rotten Tomatoes score, “Pig” opened at 552 locations and grossed $945,000 for a per theater average of $1,712. Among holdovers, A24’s “Zola” added $270,000 this weekend, bringing its total to $4.2 million.*Related stories from TheWrap:*

Will the Delta Variant Derail Box Office After 'Black Widow'?

4th of July Box Office Fireworks: Why Universal Wasn't the Only Winner

How ‘Space Jam 2’ Pulled Off a Box Office Surprise

Warner Bros.’ “Space Jam: A New Legacy” was not expected to do much better than the modest numbers seen from other family..