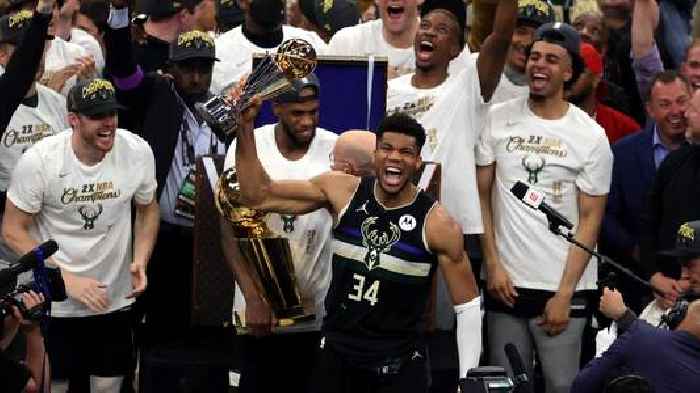 The Milwaukee Bucks closed out their first NBA Championship in 50 years last night, defeating the Phoenix Suns and completely dominating any and all broadcast TV competition.

On Tuesday, the Bucks defeated the Phoenix by 105-98 to win the franchise’s first NBA title since 1971. The Suns, making only their third NBA Finals appearance, lost four straight games after winning the first two at home. The Bucks are the first team to go down 0-2 in the Finals, and then win the next four, since the Miami Heat defeated the Dallas Mavericks in 2006.

Due to the nature of live sports, the below Nielsen numbers for ABC should be considered subject to significant adjustment.

ABC was first in ratings with a 2.4 rating in the advertiser-coveted 18-49 demographic and in total viewers with an average of 7.7 million, according to preliminary numbers.

NBC was second in ratings with a 0.6 and in total viewers with 5.1 million.

We do not have Nielsen numbers for Spanish-language networks Univision and Telemundo.

ABC blew past the other broadcast networks on Wednesday with the Milwaukee Bucks’ 109-103 win over the Phoenix Suns — a Game 4..

ABC cruised to a Thursday TV ratings victory thanks to Game 2 of the 2021 NBA Finals. The hardcourt competition was tighter than..