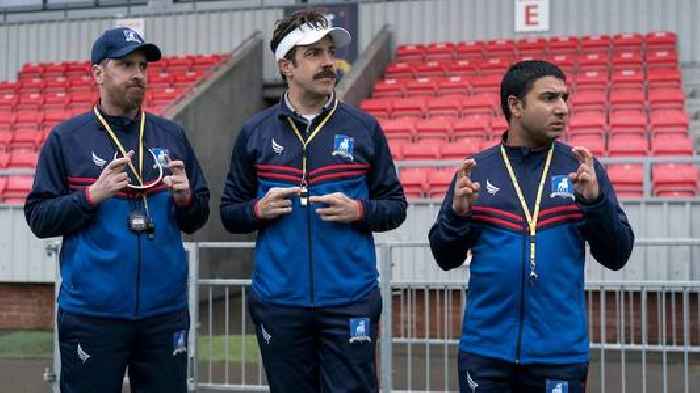 “Ted Lasso” is back and just as delightful as ever. It was a bit rocky getting to this point, however, even for star and executive producer Jason Sudeikis. The “SNL” alum told TheWrap he was “definitely nervous” to watch the early cuts of Season 2 episodes because of the show’s production delays.

“We were supposed to start in November/December…which would have given us a little bit of space,” he said. “But then we pushed to January.”

Of course, tons of shows had to deal with production delays due to the COVID-19 pandemic. Not tons of shows earned 20 Emmy nominations in the wait between seasons. The Apple TV+ soccer sitcom broke “Glee’s” record of 19 nods for a first-year comedy.

Ultimately, Sudeikis is thrilled with how the pause in “Ted Lasso” production actually “worked for the theme and the motif of the season,” in his words.

Sudeikis thought England’s particularly frigid and precipitous January weather provided a wondrous setting for a pivotal scene at the end of Episode 2, one involving hotshot British soccer phenom Jamie Tartt (Phil Dunster), the snow and some “cold stares.” We won’t say more about that one, yet — but Jason will (a little).

But it doesn’t mean all that waiting around wasn’t nerve-wracking at the time.

“So we’re writing, rewriting, acting, producing and then editing. And so our amazing post-production team and Bill Lawrence, who was in L.A. for the bulk of the season, were editing these cuts,” Sudeikis recalled. “I was just nervous to see it, nervous to see what’s going on. And then I gave myself probably too many days, deadline-wise, to finally queue up the old PIX app and watch those things.”

To be clear, Sudeikis has no real butterflies about the reception, which he has “zero control” over. Nor should he: “Ted Lasso” is again earning rave reviews with Season 2.

“Ted Lasso” Season 2 premieres Friday on Apple TV+. The streaming service will debut one new episode each week over 12 weeks.

On screen, AFC Richmond has neither won nor lost this season, but "Ted Lasso" scored a big win for its Season 2 debut last Friday...

Pound for (British) pound, "Ted Lasso" Season 1 gave viewers the most feels of any series on any platform. Enter: Sharon Fieldstone..