Inside the Talks That Led to COVID Vaccine Mandates in Hollywood – And Do They Go Far Enough? 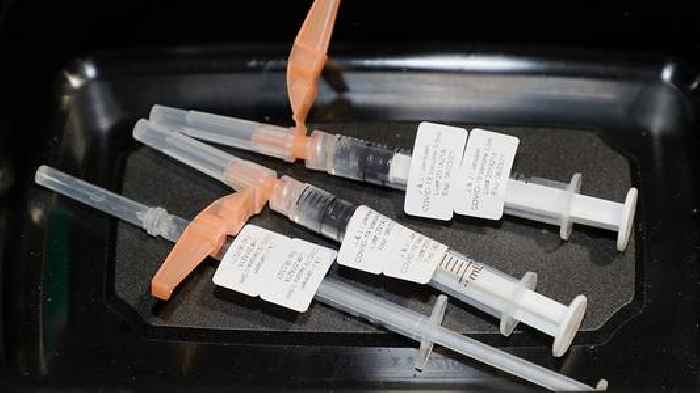 Inside the Talks That Led to COVID Vaccine Mandates in Hollywood – And Do They Go Far Enough?

While the Delta variant of the coronavirus has created new speed bumps for Hollywood productions hoping to phase out COVID safety protocols, the new changes to the entertainment industry’s Return to Work Agreement show that studios and guilds are building the framework for life after the pandemic… that is, if everyone gets vaccinated.

It took industry guilds and the Alliance of Motion Picture and Television Producers an extra three weeks after the Return-to-Work Agreement’s June 30 deadline to come to terms on a new deal, and they will meet again in late September for another round of potential revisions. Multiple individuals with knowledge of the talks told TheWrap that the guilds and studios needed the extra time to strike a balance between maintaining COVID safety and allowing studios to cut down on pandemic-related costs that have caused a surge in production budgets.

The changes that the two sides tentatively agreed to on Monday allow for looser restrictions on outdoor mask wearing and food service for cast and crew who are fully vaccinated, as well as potential changes to testing protocols for vaccinated individuals and productions in areas where infection rates are very low. But with those carrots comes a stick: Studios can now mandate vaccines for workers in Zone A, the section of a film set where active filming takes place.

Of course, some think the new protocols don’t go far enough. While the current mandates apply to workers in Zone A, there are no requirements for workers in other zones who aren’t in regular contact with cast and crew in filming areas. On Thursday, Sean Penn told NBCUniversal that he would not continue filming on the Starz limited series “Gaslit” unless all workers on set, not just Zone A, were vaccinated.

Given that studios will have to provide workers with enough notice to get as many as two doses of the vaccine and allow their bodies to develop immunity, mandates aren’t expected to become widespread in Hollywood until September at the earliest. But for those who are vaccinated, the new protocols will allow workers to remove masks when working outdoors and to have self-service food options again after months of packaged meals.

And for producers, the new rules allow less frequent COVID testing for vaccinated workers. Currently, workers in Zone A of a production set — the areas where the cameras are running — have to get tested three times a week. But in areas where COVID-19 infection rates are “very low,” vaccinated workers only have to be tested weekly.

One sticking point was determining what defines a “very low” infection rate. Productions are allowed to use those looser testing requirements if they are filming in a metro area or county where the rate of daily new cases is less than 10 per 100,000 people and the R0 count, which determines the amount of new cases being created by an infected person, is below 1.1.

Last month, sets in Los Angeles would have qualified for that tier, but thanks to recent Delta-related surges, the new case rate per capita has risen above 15 per 100,000 people. Atlanta, on the other hand, currently has a case rate of 6 per 100,000, though that may change if there’s a nationwide spike in infections.

Regardless of case rates, the new rules also allow studios to reduce costs by using a different kind of test that is cheaper and provides faster results. For Zone A workers who must be tested more than once a week, only one of the tests needs to be a molecular-based PCR test that is submitted to a lab. Such tests are considered the most accurate for COVID testing.

Antigen tests cost about $60 per test compared to the $100-200 per test that PCR tests generally go for, according to But Josh Bremmer, CEO and co-founder of COVID-19 testing firm TNG Dx. Antigen tests also yield results in around 15 minutes. “The person taking an antigen test stays at the testing site while they wait for the results, and if it comes up positive they can immediately take a second one to confirm,” Bremmer said. “With PCRs, it can sometimes take days to get results and meanwhile that person may be spreading COVID on set.”

When the Return-to-Work agreement was first created last year, guilds insisted on the PCR test after discussion with health experts, who argued that having the most accurate tests was essential. With some workers now vaccinated and the antigen tests improving in accuracy, antigen tests will likely comprise a larger percentage of tests on Hollywood sets.

In the meantime, some COVID-19 testing companies are preparing for potential vaccine mandates. Startup company Kameo has launched a database allowing workers and productions to keep a log of test results, including a section for workers to upload their vaccination records and let producers keep track of how many workers in each zone are vaccinated. “We have a vaccine passport program that is integrated with our testing log software,” Kameo founder Alex Ostebo said. “So that will make it easier for producers to track which workers are vaccinated and in which zone of production and make it easier to coordinate testing schedules on an individual basis.”

The Return-to-Work agreement will be reviewed again at the end of September, but the big test of the new protocols and the impact of vaccines on COVID spread on sets likely will come in the winter. Currently, some countries in the Southern hemisphere like Australia are seeing spikes in COVID cases during their winter months, and while there’s hope that a half-vaccinated U.S. population will prevent a repeat of the astronomic surges seen last winter, it is unclear how more infectious variants will spread.

Plus, if more heavy hitters like Sean Penn draw a hard line about on-set safety, studios and networks may be forced to make even more stringent rules for everyone involved in a production.

Will the Delta Variant Derail Box Office After 'Black Widow'?

Some of the Kansas City area's largest employers – including the Federal Reserve and the IRS – will be affected by President..

Netflix Mandates Vaccinations for All Actors on US Productions