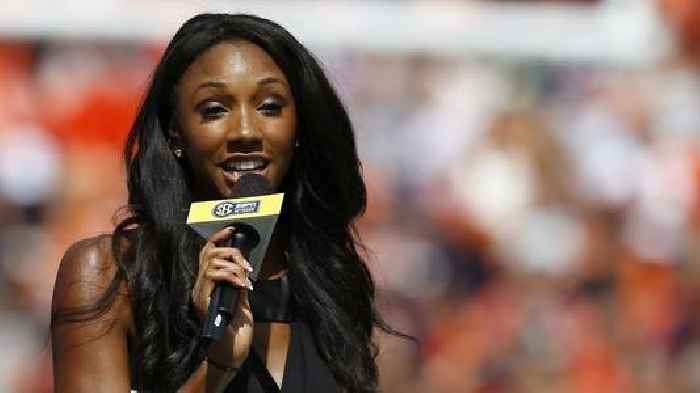 As many expected, ex-ESPN anchor Maria Taylor has landed at NBC Sports.

Taylor made her debut Friday during NBC's coverage of the Tokyo Olympics' Opening ceremonies; Taylor is on-site in Tokyo.

“It is an honor to be a part of this team, and the Olympic legacy,” Taylor said, after being introduced by Mike Tirico.

Taylor left ESPN earlier this week after contract talks fell apart. Her contract with ESPN expired on Tuesday with the NBA Finals being her last assignment with the network.

Taylor is left ESPN following the uproar over comments made by her colleague Rachel Nichols in 2020, where she suggested Taylor was picked over her to cover last year’s NBA Finals because of her race. Nichols' comments drew swift backlash and public support of Taylor, who had been a rising star at ESPN.

In July 2020, a tape leaked of a conversation between Nichols and LeBron James’ advisor Adam Mendelsohn. In the conversation -- which was accidentally recorded and uploaded to ESPN’s servers because Nichols forgot to turn her video camera off -- Nichols expressed frustration that Taylor had been chosen over her to host “NBA Countdown” during last year’s Finals, suggesting that the network made the decision because it was “feeling pressure” on diversity.

Then early this month, The New York Times reported that several of the company’s top NBA analysts had considered boycotting this year’s playoffs over how ESPN handled the situation. That ensuing fallout led to ESPN benching Nichols for the NBA Finals, where she was supposed to serve as the sideline reporter.

Welcome to the @NBCSports and Olympic family, @MariaTaylor! #TokyoOlympics pic.twitter.com/DoEXAVaNf5

Maria Taylor has joined NBC Sports after her recent departure from ESPN.