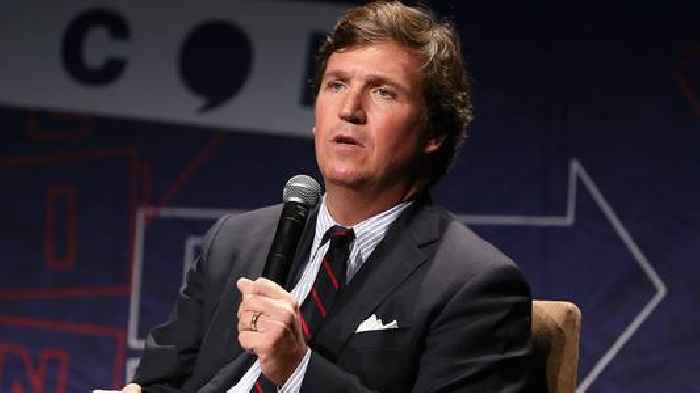 An internal review by the National Security Agency found that Fox News' Tucker Carlson was not the target of spying by the agency, according to a new report.

The Record, a cybersecurity news publication, cited two sources who said the agency concluded Tucker was targeted or had his communications intercepted via "incidental collection," which occurs when an American is in contact with a foreign target who is the subject of surveillance.

Instead, according to The Record, the NSA found that Tucker's name was mentioned in communications between third parties which was later revealed through "unmasking," which happens when an agency discloses the name of someone who is mentioned on a monitored conversation.

A rep for Fox News told TheWrap, "For the NSA to unmask Tucker Carlson or any journalist attempting to secure a newsworthy interview is entirely unacceptable and raises serious questions about their activities as well as their original denial, which was wildly misleading."

Tucker Carlson accused the NSA of spying on him last month, which the agency quickly denied. In making the accusation, Carlson cited an anonymous whistleblower.

"Yesterday, we heard from a whistleblower within the U.S. government, who reached out to warn us that the NSA, the National Security Agency, is monitoring our electronic communications and is planning to leak them in an attempt to take the show off the air," Tucker alleged. "Now, that's a shocking claim, and ordinarily we would be skeptical; it is illegal for the NSA to spy on American citizens. It's a crime. It's not a third world country. Things like that should not happen in America. But unfortunately, they do happen and in this case, they did happen."

The NSA responded by saying in part, "This allegation is untrue. Tucker Carlson has never been an intelligence target of the Agency and the NSA has never had any plans to try to take his program off the air. NSA has a foreign intelligence mission. We target foreign powers to generate insights on foreign activities that could harm the United States. With limited exceptions (e.g. an emergency), NSA may not target a US citizen without a court order that explicitly authorizes the targeting."

Donald Trump called Tucker's claims "totally believable" and Rep. Matt Gaetz called for an investigation by the inspector general into the matter.

Sean Hannity Pretty Much Walks Back His Pro-Vaccine Comments (Audio)

It goes without saying that Rep. Eric Swalwell and Tucker Carlson are most definitely not mutual admirers -- but the California..

NSA Review Found No Evidence Tucker Carlson Was Targeted, Concluded His Name Was ‘Unmasked’ in Others’ Communications: Report