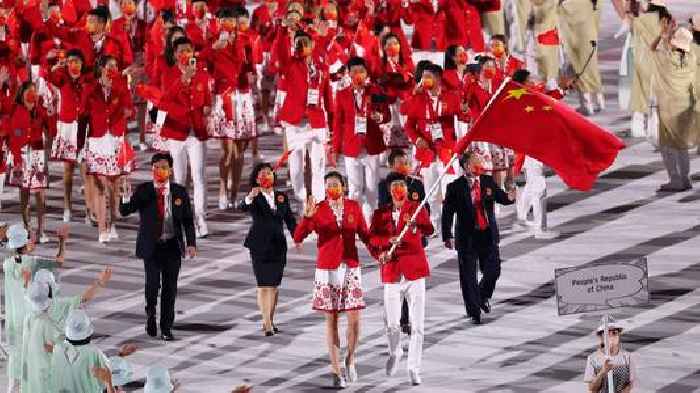 China called out NBCUniversal after an image of the country appeared during NBC's broadcast of the Tokyo Olympics Opening Ceremony on Friday that China said was an "incomplete map."

The image seen during the broadcast as the Chinese athletes were entering the stadium did not include Taiwan or the South China Sea. The Chinese consulate in New York on Saturday posted a statement to its Weibo social media page (via Reuters), saying the image, "hurt the dignity and emotions of the Chinese people."

"We urge NBC to recognise [sic] the serious nature of this problem and take measures to correct the error," the Chinese consulate continued, though it did not specify why it objected to the map.

Representatives for NBC did not immediately respond to TheWrap's request for comment.

Maps of China have caused controversy in recent years, as Taiwan is self-ruled, their political status has been historically contentious, and the South China Sea as well is contested. John Hopkins University reversed its decision to show Taiwan on a map that indicated the spread of the coronavirus. And the Gap apologized to the country over a map that similarly omitted Taiwan and the South China Sea.

The Norwegian women's beach handball team doesn't want to wear bikini bottoms while they play, and pop superstar offered her..

NBC mum on Chinese complaints about map during ceremony