Clay Travis and Buck Sexton Question Support for Simone Biles: 'Why Is This Brave?' 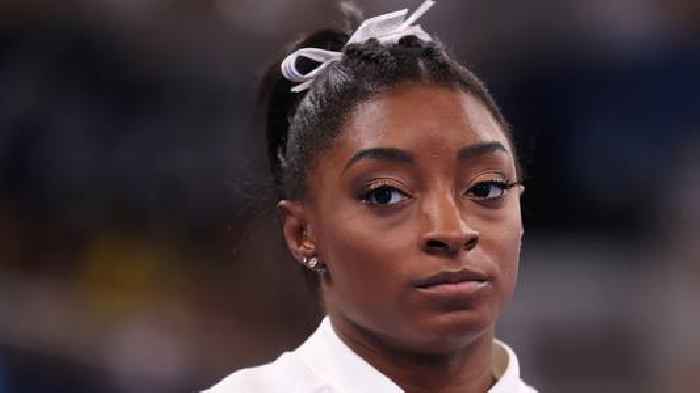 Clay Travis and Buck Sexton Question Support for Simone Biles: 'Why Is This Brave?'

Following Simone Biles' shocking withdrawal from the team gymnastics competition at the Tokyo Olympics on Tuesday, many have applauded her for focusing on her mental health. But conservative talk radio hosts Clay Travis and Buck Sexton had little compassion for the star athlete, indicating on their Tuesday show that Biles' decision was selfish.

“We all have emotional and psychological struggles,” Sexton said. “That’s just a constant of being a human being. But what about your teammates?”

Travis wondered how fans would react if Tom Brady or LeBron James did something similar by pulling out of a major game because they couldn't handle the stress.

The two hosts denounced the groundswell of support Biles received from social media, questioning the "bravery" of choosing to not compete.

“Why is this brave?” Sexton asked. “What’s brave about not being brave? 'Cause that’s what we’re talking about here. This is, ‘Oh, you didn’t stand up to the bully?’ No, I think that’s the not brave move.”

“I think that we have created a generation of athletes that… get influenced by the pressure and the constant drumbeat of interactions on social media, Instagram, Twitter, whatever it might be,” Travis said. “And those apps, I believe, are profoundly unhealthy for most teenagers. A lot of times, you’re listening to people who don’t understand you very well and you allow their perspective on you to overwhelm you psychologically.”

He continued, “This is without precedent. I can’t ever remember an elite athlete calling out of a game and saying, 'The stress and the pressure of the game got to be too much, I couldn’t perform.'"

Following her decision to drop out of the team competition at the Tokyo Games, Biles explained she had no physical injury but was "dealing with a few things" in regards to her mental health.

"It's been a really stressful Olympic Games as a whole; not having an audience -- there are a lot of different variables going into [the Games]," she said. "It's been a long week. It's been a long Olympic process/year. I think we're a little bit too stressed out. We should be out here having fun, and sometimes that's not the case."

Biles told journalists at a press conference later on Tuesday that she is taking some time off to prioritize her “wellbeing.”

“There is more to life than just gymnastics and it is very unfortunate that it has to happen at this stage because I definitely wanted this Olympics to go a little better, but again, take it one day at a time,” she said. “We're going to see how the rest goes.”

‘What’s Brave About Not Being Brave?’ Buck Sexton and Clay Travis Go After Simone Biles for Withdrawing from Olympics

Simone Biles withdrew from the Team Gymnastics event at the Tokyo Olympics on Tuesday, citing a need to focus on her mental health..