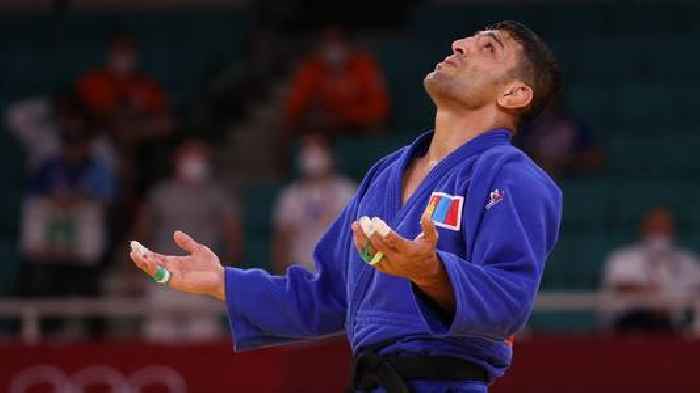 Olympic Judo competitor Saeid Mollaei shouted out Israel after winning the silver medal in the men's 81kg Judo event, a nod to his difficult past and the obstacles he overcame to even be able to compete in this year's Tokyo Olympics.

"Thank you to Israel for all the good energy -– this medal is dedicated to you as well and I hope Israeli is happy with this victory, todah," Mollaei told Israeli news outlet Channel 5 Sports after winning the silver medal.

Mollaei is originally from Iran, where he was a citizen until 2019. That same year Mollaei exposed that Iranian authorities had ordered him to throw a match and intentionally lose a semi-final match in the 2019 Tokyo World Championships. The Iranian government feared Mollaei would face off against Israeli champion Sagi Muki and lose, which would make Iran look bad on the world stage.

The whole situation eventually came to light as the Judoka began talking about it, despite threats to his safety. This led to the International Judo Federation banning Iran from any future competitions in the World Championships.

Mollaei refused to forfeit the match and was then pushed out of Iran. He competed briefly as a German under a two-year visa, then accepted an offer of citizenship from Mongolian President Khaltmaagiin Battulga in 2019.

What a story!
An Iranian athlete was told by Tehran to forfeit a 2019 match so he wouldn't have to face an Israeli. He refused & fled for his life. Germany gave him refuge. Mongolia put him on its 2020 team. He just won silver — and dedicated it to Israel.https://t.co/Deial7ZCNO