‘The View’ Co-Host Sunny Hostin Fires Back at Meghan McCain’s Nepotism Defense: ‘Life Is Not a Meritocracy’ 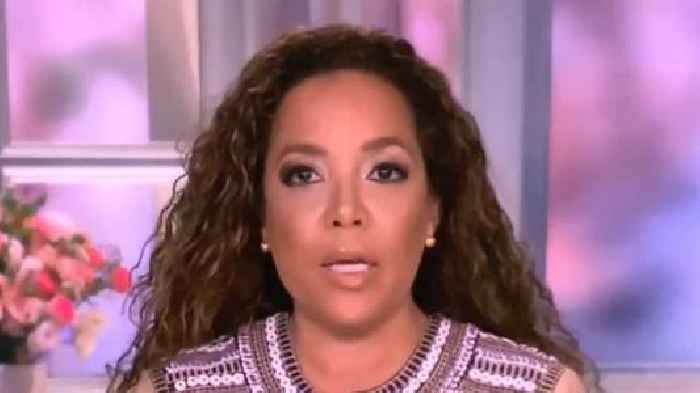 ‘The View’ Co-Host Sunny Hostin Fires Back at Meghan McCain’s Nepotism Defense: ‘Life Is Not a Meritocracy’

“The View” hosts Sunny Hostin and Meghan McCain definitely don’t see eye to eye when it comes to how people get opportunities in life. And on Thursday’s episode, Hostin made it very clear where she stands.

As part of the show’s Hot Topics for the day, the panel of women discussed the backlash that actor Ben Stiller faced this week for saying that working in Hollywood is a meritocracy, in defense of an upcoming short film starring Sean Penn’s son, directed by Steven Spielberg’s daughter, and written by Stephen King’s son. Within minutes, people on Twitter started roasting Stiller, who has famous parents himself.

But for Meghan McCain — who, as Whoopi pointed out, also comes from “notable stock” — Stiller’s words were valid.

“I think people think when you have a famous family, or famous parents, everything’s just given to you and things are really easy,” McCain said. “And I think when you look at people like Hunter Biden, who has shared his struggles so publicly and so vulnerably — it’s not everything that you think it is.”

McCain also noted that most everyone she knows that has famous parents struggles with “very serious demons” because they’ve been compared to their parents. She added that though these kids likely got help from their parents, “if the movie’s crap, it’s crap.”

In response, Sunny Hostin fired back, noting that whether the film is good or bad, it’s still a film that’s now on the resume of everyone involved, which may be beneficial in the long run. She then turned back to Stiller’s original claims that Hollywood is a meritocracy.

“Life is not a meritocracy. That’s just false,” Hostin said. She later added, “There are many, many talented people that will never have that kind of access. And access is key, I think, in any industry.”

Stiller originally made the comments that “The View” discussed in response to Franklin Leonard, after Leonard shaded an upcoming short film.

Citing a tweet that pointed out that the film stars Hopper Penn (Sean Penn’s son) and will be directed by Destry Spielberg (Steven Spielberg’s daughter) and written by Owen King (Stephen King’s son), Leonard sarcastically noted “Hollywood’s a meritocracy, right?”

Stiller seemed to take offense to this, jumping into the replies to defend those involved with the film. “People, working, creating. Everyone has their path. Wish them all the best,” Stiller wrote.

When Leonard pointed out that he thinks it’s “important that we acknowledge those paths,” Stiller then doubled down in his defense, saying that show business is “pretty rough, and ultimately is a meritocracy.”

You can read the full exchange below.

Too easy @franklinleonard. People, working, creating. Everyone has their path. Wish them all the best.

Yes. Just speaking from experience, and I don’t know any of them, I would bet they all have faced challenges. Different than those with no access to the industry. Show biz as we all know is pretty rough, and ultimately is a meritocracy.