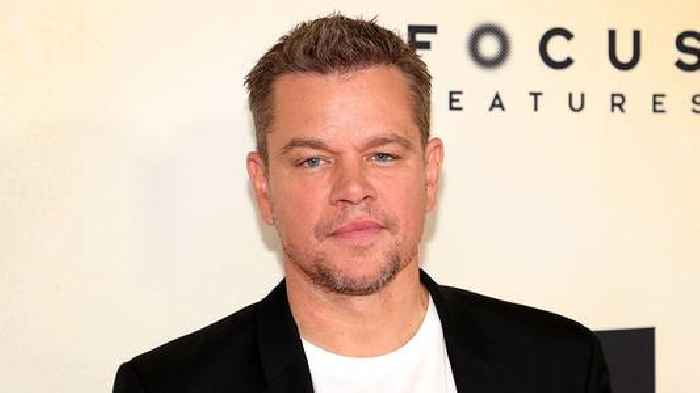 Matt Damon bizarrely admitted in a new interview that he only recently stopped using the “the f-slur for a homosexual” after his daughter wrote a “treatise” on why using the word to refer to people, gay or otherwise, is unacceptable.

After confessing this in an interview with the U.K.’s Sunday Times to promote his new movie “Stillwater,” Damon was the target of many memes as well as pointed criticism as many people online questioned both why he decided to share this information — and also why he was still using such a derogatory term in 2021.

The Boston-born leading man said the “f-slur for a homosexual” was “commonly used when I was a kid, with a different application.”

The word has always been a slur and unacceptable to use even in a joking fashion, but it’s definitely odd that Damon decided to own up to his apparently frequent use of it in private. Damon told the Sunday Times he made a “joke” with the word, and then his daughter called him out in a “a very long, beautiful treatise on how that word is dangerous.”

“I made a joke, months ago, and got a treatise from my daughter. She left the table,” Damon told the Sunday Times; he did not identify which of his four daughters with wife Luciana Barroso called him out. (They range in age from 22 to 10.) “I said, ‘Come on, that’s a joke! I say it in the movie ‘Stuck on You!’ She went to her room and wrote a very long, beautiful treatise on how that word is dangerous. I said, ‘I retire the f-slur!’ I understood.”

Damon continued, “I understand. It’s a fair point. Anybody should be offended by that behavior.”

There were no shortage of people just unsure of why it took the 50-year-old “Jason Bourne” star so long to catch on that this word had a strong negative connotation, and some wondered if he’d been using the word around people on sets throughout his career.

Damon’s admitting that he used the word frequently and thought it was OK to joke around with the slur certainly begs the question of who else heard it and didn’t take it as a joke. “Matt Damon is a whole grown 51 year old man,: political strategist Atima Omara noted (he actually turns 51 in October). “And his Gen Z baby told him a homophobic slur is not okay. Like was he just walking around dropping this on sets or whatever prior?”

Openly gay comedian Billy Eichner joked that he wants to know which word Damon is using now instead of the f-slur. “I want to know what word Matt Damon has replaced f****t with,” Eichner tweeted Sunday.

Check out more reactions to Damon’s comments below.

Such a weird interview in which Matt Damon reveals he JUST recently stopped using the word faggot as a slur after his daughter forced his hand…like what? https://t.co/V94vzcM8a7

Matt Damon is a whole grown 51 year old man…. And his Gen Z baby told him a homophobic slur is not okay. Like was he just walking around dropping this on sets or whatever prior?

I have ranch dressing that has been in my fridge longer than Matt Damon has NOT been using a homophobic slur and he somehow thinks he deserves praise for this Herculean effort. https://t.co/hG4JcjyRLb

This news bit about Matt Damon only recently deciding to stop saying "faggot" after his daughter wrote him a "treatise" on it just makes me sad. Geez. pic.twitter.com/P7VMDsJIcG

Dear Charlotte, I'm astonished that people need an explanation from you for why Matt Damon's comments make you sad. He sounds like he expects brownie points for retiring a hateful slur this late in his life. It's not just sad, it's disgusting.

matt damon is from boston. when he said he was retiring the f slur from his vocabulary he meant he was hanging its jersey from the rafters in honor

So Matt Damon just figured out "months ago", by way of a "treatise" from a child, that he's not supposed to say the word f*ggot.

How bad was it that his daughter had to write a 'treatise' to get him to take notice?

Will Hunting's daughter coming up to him like, "Matthew, I have penned a thesis on the language of oppression and bigotry, vis a vis…"

Also, WHY is he sharing this story? How does this make him look good?

"I was a raging homophobe until the precise logic of a *checks notes* child informed me there are more subtle ways to be a homophobe"
-Matthias Damon, 2021

*on the phone with a major paper* my PR person said not to mention slurs but I think my relationship to them is particularly beautiful https://t.co/wBlH35DN8n

I want to know what word Matt Damon has replaced f****t with.

The fact that Matt Damon’s daughter had to explain to him that saying a slur is wrong is insane pic.twitter.com/KeOIlxRZP8

matt damon’s wife when his daughter told him to stop saying the f slur pic.twitter.com/Y7LRFP4mHH

In the wake of Matt Damon facing backlash over a recent interview in which the actor revealed he only stopped using the..