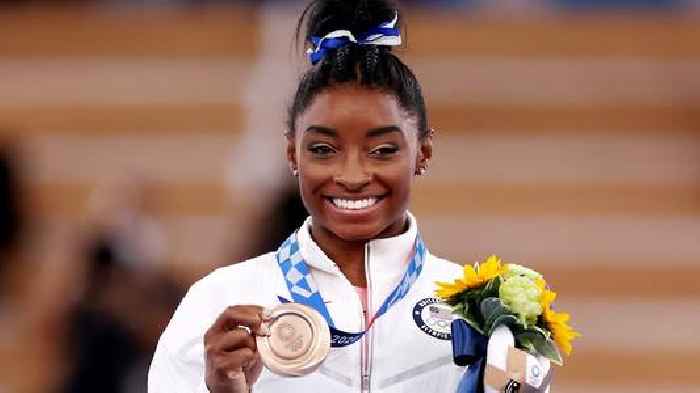 Simone Biles’s bronze-medal win during Tuesday’s primetime period led NBCUniversal to average 17.4 million total viewers across NBC, its cable channels and digital properties, including Peacock. It was the first time since Seoul 1988 that the second Tuesday of an Olympics outdrew the first.

Of that tally, NBC Sports Digital properties had an average minute audience (AMA) of 512,000 viewers across NBC Olympics.com, the NBC Sports app and Peacock.

To-date, NBC’s Tokyo Olympics competition coverage is averaging a total audience delivery of 16.8 million total multiplatform viewers each night in primetime. In Rio in 2016, the comparable number through 11 nights of competition was 29.0 million. The Brazilian time zone aligned much better for American viewers than does the Japanese one, allowing for more events to be watched live here in and around primetime. Yeah but still, that means Tokyo 2020 (in 2021) is currently down 42% from Rio 2016.

Not that Pete Bevacqua is deterred. “Last night’s performance speaks to the unmatched strength and consistency of the Olympic audience across all television, digital and social media platforms, and has led to three consecutive nights of ratings growth in the second week of the Summer Games for the first time since the 1976 Montreal Olympics,” the NBC Sports chairman said in a statement on Wednesday.

Tuesday marked Biles’s first time competing an event at the summer 2021 games since she withdrew from the gymnastics women’s team all-around final a week earlier due to “the twisties.”

The Olympic-gold medalist scored a 14.0 during today’s beam finals in Tokyo, putting her behind China’s Tang Xijing, who took silver with a score of 14.233, and China’s Guan Chenchen, who won the event’s gold with a 14.633.

Biles’s bronze from the beam event marks her seventh Olympic medal. She now ties with Shannon Miller for the most medals held by a gymnast from the U.S.

Last Tuesday, Biles withdrew from the women’s team final after the vault competition, the Team USA’s first event, citing the need to focus on her mental health.

Biles has said she was experiencing a mental state known in the gymnastics world as “the twisties,” which she first noticed during practice sessions. Robert Andrews, a mental health expert who worked with Biles from 2013-2017, said he approved of her decision and explained to NBC what the mental block was like.

“The twisties… it’s a symptom of the brain being overwhelmed with too much stress, pressure and anxiety,” Andrews told CNBC last week. “In essence, the brain is saying it’s not safe enough for you to do these incredibly difficult skills, and if you do, you’re at serious risk of injuring yourself, so she is wise to listen to her brain and her body.”

Biles then dropped out of the all-around final and the first three individual finals: floor, vault and uneven bars.

On Monday, it was announced that Biles would be competing in Tuesday’s beam final, marking her return to the Tokyo games and the final opportunity for her to do so.

During her time not participating in the summer games, Biles stood on the sidelines, passionately cheering on her fellow Team USA gymnasts throughout their events, with Suni Lee winning gold in the individual all-around final.

Jennifer Maas contributed to this report.

The Tokyo Olympics came one year late, but at least they happened. And they just so happened to be watched by 42% fewer viewers..

Simone Biles made the Olympics what it always needed to be