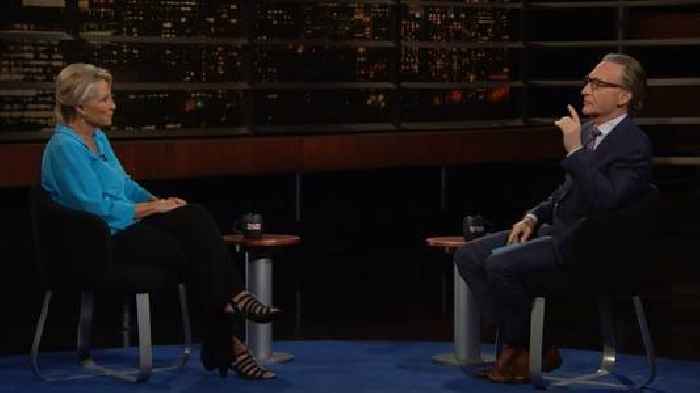 So naturally the conversation concerned the issue, which is currently being stoked by primarily right wing groups, of whether trans athletes should be allowed to compete in the sports division corresponding to their gender identity.

We can say fairly confidently that probably no one except for Maher and Varona came away satisfied by the conversation, which ultimately meandered and expressed confusion about trans issues generally, and produced some awkward and pretty cringe jokes. Such as Maher telling de Varona “What you’re trying to do is find a middle ground, right? How can we be fair to, let’s say, women classic?”

De Varona is a member of a group called the Women’s Sports Policy Working Group, which was formed in response to Joe Biden’s executive order in January that ordered all schools receiving federal funding to allow trans athletes to compete in the sport of their gender. The group insists it supports the rights of transgender people and opposes discrimination, but also is against that order. It claims its goal is to protect “the girls’ and women’s competitive categories, while crafting accommodations for trans athletes into sport wherever possible.”

As critics have pointed out, the group seeking to craft “accommodations” for trans athletes has no trans members.

In any case, the meandering conversation talked a lot about the issue, though as we noted above it also sought to contend with general issues pertaining to transgender people. How successful you think that was probably depends on whether or not you agree with de Varona’s position.

Maher and de Varona talked about how, in her words, “the nomenclature is confusing,” about biological differences between sexes, and, let’s be real, their difficulty adjusting to changing times.

“We need to have the discussion, and if you even broach this — and this is part of the problem — is that you get called transphobic? It’s not transphobic. Phobia means fear, right? And yes, I’m afraid you’re nuts if you think just having a discussion means we’re afraid of something, We’re not afraid. This is all very new. This is new stuff,” Maher said at one point.

And later of course, Maher summed up the Women’s Sports Policy Working Group’s goals, saying “What you’re trying to do is find a middle ground, right? How can we be fair to, let’s say, women classic? But also allow a place where — we don’t want to discriminate against trans people. No one wants that. No one smart.”

When asked what the “middle ground” position is, de Varona replied “Well, the middle ground according to us is that there are sports that do accommodate, equestrian, doesn’t matter male or female. Most of the British teams…”

“You’re saying they can only play some sports?” Maher asked.

“That’s right. And you can handicap,” de Varona replied. “If you look at the sports community, it has accommodate a range of differences. Paralympics, special Olympics, they didn’t exist in my time. We opened the door.”

The rest of the conversation covered topics and points people familiar with this argument have heard plenty of times: Discomfort with pronoun preferences; testosterone; wokeness; concerns that supporting trans inclusion in sports could harm Democratic election chances; whether kids today are too unreasonable in their demands for social change. You don’t need us to recap it.

On Friday’s “Real Time,” Bill Maher returned to a subject he’s been talking about A Lot lately: Cancel culture, which as it..