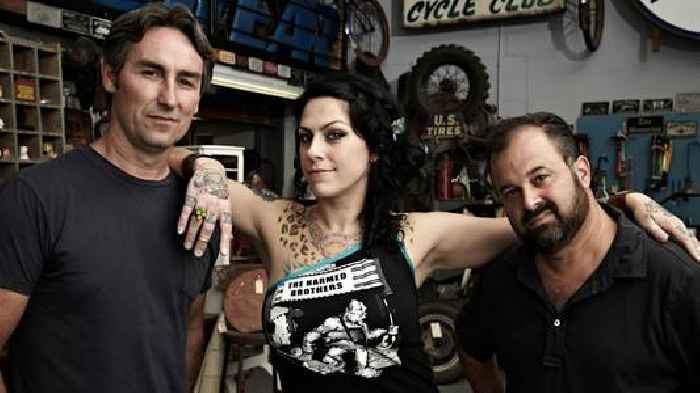 The “American Pickers” breakup drama continues. Frank Fritz is blasting his ex co-host Mike Wolfe’s “bullsh—” well-wishes in response to the news that Fritz would not be returning to the History Channel series.

Earlier this week, it was announced that Fritz was out at History’s antiquing show after appearing in more than 300 episodes with Wolfe, his former partner in picking. Fritz has not appeared since March 2020.

“I have known Frank for as long as I can remember, he’s been like a brother to me,” Wolfe’s statement at the time read. It went on to say, “I will miss Frank, just like all of you, and I pray for the very best and all good things for him on the next part of his journey.”

But Fritz isn’t buying it, and his side of the story stands in stark contrast. In an interview with The Sun this week, Fritz made his feelings for Wolfe abundantly clear, accusing Wolfe’s statement of being disingenuous.

Fritz went on to reiterate his past revelation that the duo hadn’t spoken in two years, pointing out that he never heard from Wolfe following his back surgery, which, along with his ongoing complications from Crohn’s disease, prevented Fritz from rejoining production during the COVID-19 pandemic.

“He knows I hurt my back, everyone in the whole network knew I hurt my back, but did one person — just one — call and see how I was? No,” Fritz continued. “So how does that make you feel? It makes you feel like you’re just a number. It was like ‘Oh you hurt your back? Well, life goes on, you know. F–– you.’”

Fritz did not mention his other co-star Danielle Colby’s recent Instagram post in which she expressed her own feelings about Fritz’s exit from the show.

“I’m truly saddened for the loss of Frank on the show,” she wrote. “I’m incredibly sad for his struggles. I have personally watched everything over the last decade. I have many thoughts but won’t speak them as they are only my thoughts, not gospel. I wish things could have been different but we must be accountable for our actions when we cause instability or pain and suffering to others… I hope everybody gets well. I hope everybody continues to love each other through the hard s––.”

'American Pickers' Fired Host Frank Fritz Wants His Own Show As Feud With Former Pal Mike Wolfe Rages On: 'I Have The Capabilities'

Frank Fritz wants his own show after he was shockingly fired from 'American Pickers'.

'American Pickers' Star Mike Wolfe Reportedly Wants Fired Host Frank Fritz 'Back On The Show', 'But He Just Can’t Get It Right'

Danielle Colby says is “truly saddened” that Frank Fritz is off “American Pickers,” adding, “but we must be accountable..