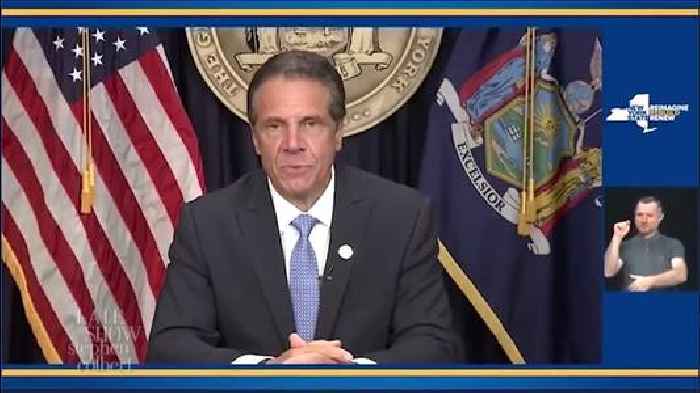 By now you know of course that New York Gov. Andrew Cuomo has resigned, effective later this month, a week after an independent study concluded he has sexually harassed at least 11 women.

For those who believe his accusers and the report, Cuomo’s speech — in which he continued to deny any wrongdoing, bragged about his purported accomplishments combatting harassment, and insisted the report somewhat cleared him — might have left something to be desired. Enter Stephen Colbert, who opened Tuesday’s episode of “The Late Show” with a remixed version of the televised address that presented the speech Cuomo probably should have given.

After (per usual) a brief recap of the situation, white text on a black background read: The late show editors had some free time so they improved Cuomo’s resignation speech.” Here then, is the text of the new and improved address:

“So let’s start New York tough with the truth. I sexually harassed 11 women. I was continuously trying to recruit more women to hug and kiss. No other state government accomplished more sexual harassment. Thank you for the honor of touching you.”

Compare to the real deal here. And watch the Colbert version here, or below:

On #LSSC tonight: Our editors had time to play around with the footage of Andrew Cuomo’s resignation speech. pic.twitter.com/oWvMKbfmvx

Bill O'Reilly Roasted for Comments on Andrew Cuomo's Sexual Harassment Scandal: 'Sit This One Out'

America Unites Over Andrew Cuomo's Resignation: 'He Is a Ghoul,' Meghan McCain Says