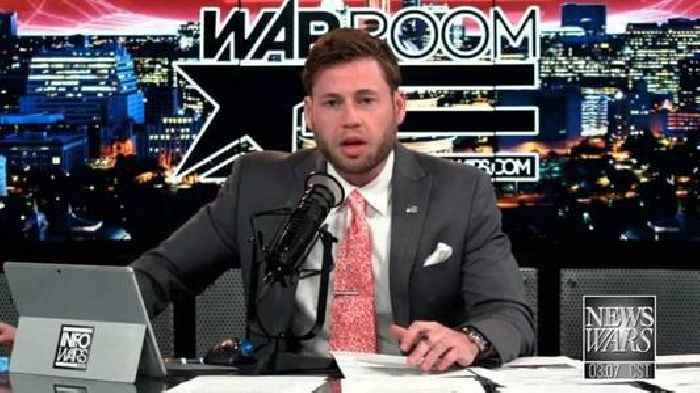 “Infowars” personality Owen Shroyer, has turned himself into authorities and is in custody to face charges stemming from his alleged involvement in the Jan. 6 attack on the U.S. capitol building by a mob of Donald Trump supporters.

Shroyer, host of the “Infowars” show “The War Room With Owen Shroyer,” informed his viewers on Friday that he would be turning himself in after charges were filed and a warrant for his arrest was issued. He said Friday that he would plead not guilty to all charges and has denied any wrongdoing. He was scheduled to appear in a Texas Federal court later on Monday.

According to the Associated Press, Shroyer faces several misdemeanor counts including disorderly conduct and entering a restricted area of the Capitol. According to federal authorities, Shroyer was caught on video during the riot shouting: “Today we march for the Capitol because on this historic January 6, 2021, we have to let our Congressmen and women know, and we have to let Mike Pence know, they stole the election, we know they stole it, and we aren’t going to accept it!”

The rioters, incited by Donald Trump and several other high profile Trump associates, sought to overturn the 2020 election by violently intimidating members of Congress; rioters also threatened Vice President Mike Pence’s life, shouting “hang Mike Pence.” The attackers did thousands of dollars in damage to the Capitol and several people were killed, including four Capitol police officers who died by suicide after.

Journalist Who Filmed '92 LA Riots and OJ Simpson Chase on Capturing History: 'When You're Working, It's Not as Real' (Video)

Infowars Host Released From Custody After Charges Related to Jan. 6

Infowars host Owen Shroyer has been released from custody after being charged in connection to the Jan. 6 attack at the U.S...