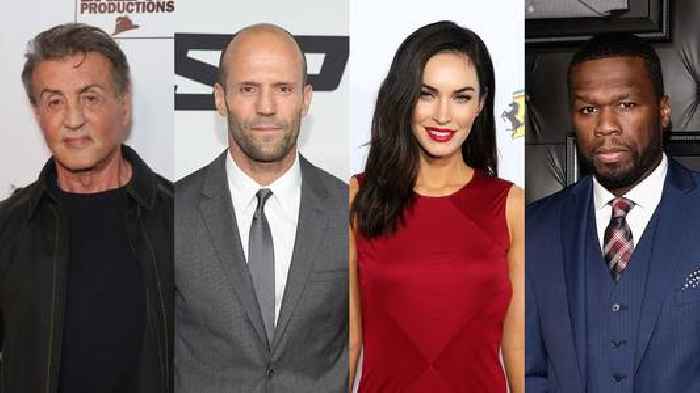 Sylvester Stallone, Jason Statham, Dolph Lundgren and Randy Couture will return for a new film in “The Expendables” franchise for Lionsgate and Millennium Media, with Megan Fox, 50 Cent and Tony Jaa joining the cast.

The film will begin production this fall. Scott Waugh is directing from a screenplay by Spenser Cohen with revisions by Max Adams and John Joseph Connolly.

“We are thrilled to partner with our friends at Millennium Media for the next installment of the ‘Expendables‘ franchise,” Jason Constantine, President of Acquisitions and Co-Productions for the Lionsgate Motion Picture Group, said in a statement. “It’s so much fun to bring these stars together for a no-holds-barred action film. The new film will raise the stakes and be the biggest, most badass adventure yet.”

“’The Expendables’ are back, and we couldn’t be more excited to bring this star studded, action packed film to the big screen with Lionsgate, who have been with us since the inception of this franchise,” Jeffrey Greenstein, Millennium Media President, added. “To keep it fresh and fun, we’ve added exciting new stars to join the veterans; popcorn entertainment is guaranteed.”

Statham most recently starred in “Wrath of Man” and appeared in “F9.” He will next reteam with director Guy Ritchie for an untitled film. Statham is represented by 42West and Patrick Knapp of Goodman, Genow, Schenkman, Smelkinson & Christopher.

Stallone most recently voiced King Shark in James Gunn’s “The Suicide Squad” and just completed filming on the film “Samaritan.” He is represented by CAA. Lundgren recently reprised his role as Ivan Drago in “Creed II” and starred as King Nereus in “Aquaman.” He is repped by Gersh, Wonder Street and Patrick Knapp of Goodman, Genow, Schenkman, Smelkinson & Christopher.

One of the highlights of last year’s Chicago Bulls docuseries “The Last Dance” was Dennis Rodman’s wild trip to Las Vegas..

Megan Fox will be showing off her fighting skills alongside Jason Statham, Sylvester Stallone in the new The Expendables flick...