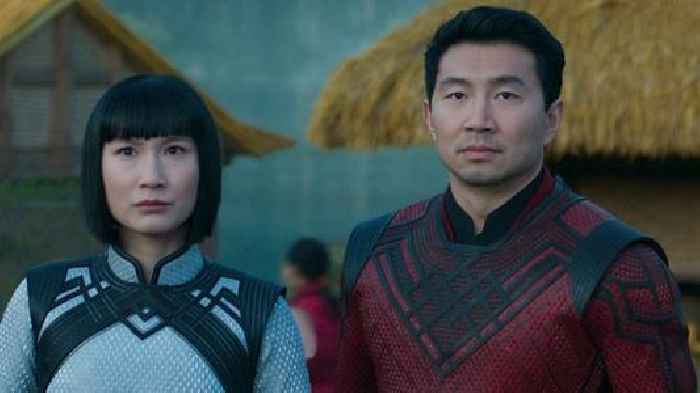 While holiday weekends from Martin Luther King Day in January to Thanksgiving in November have launched countless box office hits, Labor Day has never been such a launch pad for studios. Studios tend to hold back releasing four-quadrant tentpole films since so many kids are returning to school and many others are hitting the beach one last time. In fact, the record for the largest extended opening weekend on Labor Day weekend is just $30.5 million, held by Rob Zombie’s 2007 remake of “Halloween.”

But thanks to the slate shuffling forced by the pandemic, Disney and Marvel Studios will try to buck that trend this weekend with “Shang-Chi and the Legend of the Ten Rings.” The film is expected to pull in roughly $40 million over the four-day holiday weekend — which would break that decade-old record.

Although that’s well short of the $80 million three-day opening for Marvel’s “Black Widow” back in July, it would be the largest opening weekend for any film released since then.

While one antagonist from a past film joins the story midway and there are brief cameos from established Marvel heroes, the marketing for “Shang-Chi” is entirely around brand new characters, led by Simu Liu and Awkwafina as Shang-Chi and his slacker friend Katy as well as Hong Kong superstar Tony Leung as Shang-Chi’s deadly father, Wenwu.

In MCU history, films that introduce new characters tend to gross less than sequels or crossovers. “Doctor Strange” opened to $85 million compared to $179 million for “Captain America: Civil War” that same year. In 2015, “Ant-Man” had one of the MCU’s lowest openings with just $57.2 million. So even if “Shang-Chi” sets a new opening low for Marvel Studios, a $40 million launch would be a decent result compared to “Black Widow” and given the challenges still facing the box office.

But theaters and Disney are both hoping that “Shang-Chi” shows better legs than “Black Widow,” especially since it will only be released in theaters without a premium streaming option to dampen ticket sales. “Shang-Chi” has also nabbed a stronger 92% Rotten Tomatoes score (compared to 80% for “Black Widow”) as critics have praised the film’s wuxia-inspired fight scenes and the core themes of grief and generational tension between father and child.

“Shang-Chi” also benefits from Sony’s decision to move “Venom: Let There Be Carnage” from a mid-September release to October 15. With no major studio releases until Universal’s “Dear Evan Hansen” on September 24 and no direct blockbuster competition until MGM’s “No Time to Die” on October 8, the road is open for “Shang-Chi” to have solid legs for at least a month. If it does, a $125 million-plus domestic run could be reached.

Such a result would be a big help for theaters, which have been disgruntled with Disney over its decision to make films like “Black Widow” and “Jungle Cruise” day-and-date premium releases on Disney+. At CinemaCon, Marcus Theaters CEO and NATO Chairman Rolando Rodriguez praised 20th Century Studios’ “Free Guy,” the first theatrically exclusive Disney release since “Onward” in March 2020, for showing remarkable legs in theaters.

Before “Shang-Chi” was screened at the Las Vegas trade show last week, Rodriguez urged exhibitors to put their best foot forward this weekend, doing everything they can to make sure that Marvel fans both feel safe and have fun seeing the film. “Call it an ask from your chairman of NATO. This is important to all of us,” Rodriguez said. “It’s going to be a great showing from us, to our fantastic friends at the Walt Disney Company … to show them the importance of theatrical exhibition.”
*Related stories from TheWrap:*

How Movie Theater Owners Are 'Learning to Live With COVID': A Report From CinemaCon

'Downton Abbey' Sequel Gets a Title and Teaser at CinemaCon

'No Time to Die': Spectre Drags Bond Out of Retirement in CinemaCon Footage

After over a year of delays, MGM’s top execs took the stage at CinemaCon last month and delivered good news to theater owners:..

The 2021 summer box office was unlike any ever seen, defined more by a still-raging pandemic than by the blockbusters that graced..