‘Don’t Look Up': Leonardo DiCaprio and Jennifer Lawrence Can’t Save Humanity From Itself in Netflix Teaser (Video) 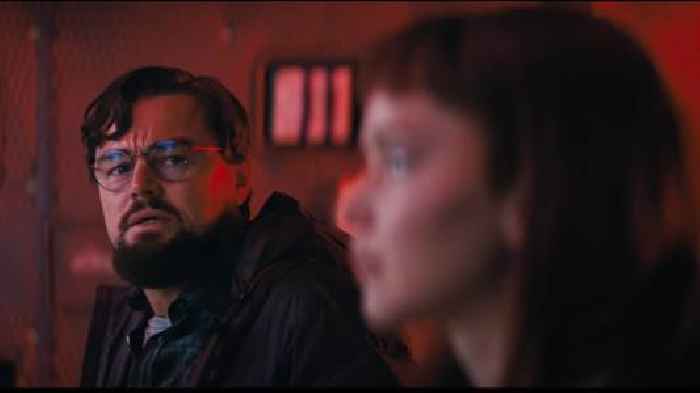 ‘Don’t Look Up': Leonardo DiCaprio and Jennifer Lawrence Can’t Save Humanity From Itself in Netflix Teaser (Video)

“The Big Short” director Adam McKay is turning his anger over inaction against climate change into “Don’t Look Up,” a new black comedy starring Leonardo DiCaprio and Jennifer Lawrence that got a new teaser trailer from Netflix on Wednesday.

Written and directed by McKay, “Don’t Look Up” follows the two Oscar-winning actors as an astronomy professor and his grad student who make a nightmarish discovery: a meteor the size of Mount Everest is set to hit the Earth in six months. Desperate to rally humanity to avert disaster, the pair go on a media tour to warn the world.

But hopes of a last-ditch effort to stop the meteor a la “Deep Impact” or “Armageddon” soon wither away as the astronomers realize that nobody seems to want to do anything about i –, be it an indifferent U.S. president (Meryl Streep) or the hosts of a chipper morning show (Cate Blanchett and Tyler Perry). No matter what they do, the world just doesn’t want to look up.

“Don’t Look Up” isn’t the only climate change project that McKay is working on. He is also attached as an executive producer on an anthology series based on David Wallace-Wells sobering book “The Uninhabitable Earth,” which will be released by HBO Max.

“Don’t Look Up” will be released in theaters on December 10 and will hit Netflix on December 24. Watch the teaser in the clip here and above.

Check out the official trailer for the Netflix science fiction comedy movie Don't Look Up, directed by Adam McKay. It stars..