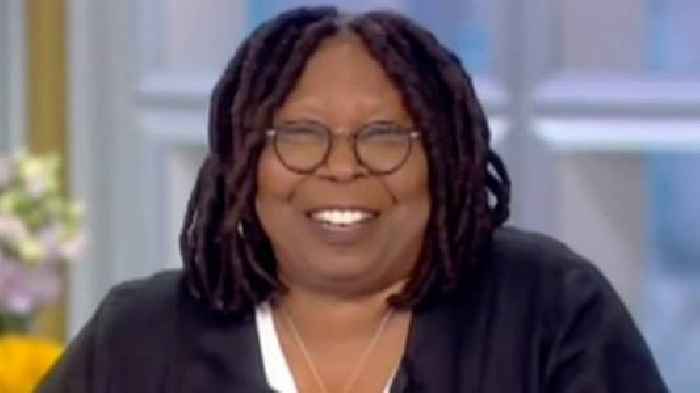 The hosts of “The View” are baffled by Sean Spicer and Kellyanne Conway’s refusals to resign from their Trump-appointed positions, but they’re also getting a good laugh out of the situation.

On Wednesday, President Biden requested the resignation of 18 people who were appointed by Donald Trump to U.S. military academy boards, including Spicer and Conway. Both publicly refused, shaming Biden for asking. In kicking off Thursday’s discussion on “The View,” Whoopi Goldberg couldn’t even get through the news without cracking up over Spicer’s angry reaction.

“Get out!” Goldberg tossed in before playing a clip of Spicer furiously vowing to sue the Biden administration for trying to force him out.

“This is what happens when a new president takes over!” Goldberg said. “See, this is how stuff’s supposed to — y’all don’t know that because you don’t know. Because the guy that you were working under didn’t know what he was doing. But this is what happens. You elect a president and he gets the people he wants to sprinkle in there, and after their four or eight years, then they go away!”

Later in the conversation, co-host Joy Behar addressed Conway’s refusal, and took a savage shot at the former senior counselor to the president.

“You know, I have to take up for Kellyanne though, because they say she doesn’t have any military experience. Didn’t she fight in the revolutionary war?” Behar said. A photo of Conway’s widely mocked red, white and blue inauguration outfit was simultaneously brought up on-screen, as Behar laughed at her own joke.

“I just want to know what time it is, because this took a long time to get this one joke to come,” Whoopi retorted. “She had one joke the whole show, and then this was the one.”

Kellyanne Conway, Sean Spicer and other Trump administration officials slammed President Biden for asking them to leave their board..