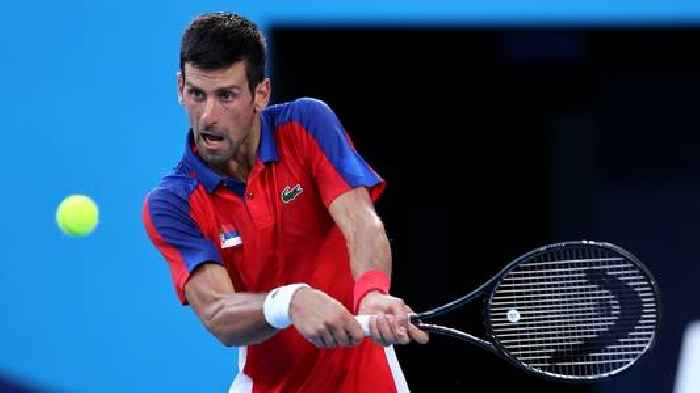 Novak Djokovic was denied on the doorstep of tennis history, losing in straight sets to Russian rising star Daniil Medvedev in the finals of the U.S. Open and falling just short in his bid to become the first Grand Slam champion in 33 years.

Had he won, Djokovic would have joined two-time Grand Slam champion Rod Laver, Maureen Connolly, Margaret Court and Steffi Graf in the elite club of tennis players to win all four major championships in a single year. Laver was in attendance at Flushing Meadows for potential history, but Medvedev would not be denied as he held strong over Djokovic throughout the match to capture his first major championship in his third finals appearance.

The pressure of the moment seemed to have an effect on Djokovic. During the second set, he smashed his racquet in frustration. While the crowd was behind him the entire match, he was unable to get the service breaks he needed as Medvedev won all three sets 6-4 to claim the crown.

This is the second time in six years that a Grand Slam bid has ended at the U.S. Open. In 2015, Serena Williams was heavily favored to pull off the Slam, but was upset in the semifinals by 500-1 longshot Roberta Vinci.

Djokovic can still mark 2021 as a successful year, as his victories at the Australian Open, French Open and Wimbledon have brought his major championship count to 20, tying him with longtime rivals Rafael Nadal and Roger Federer. But on a day with a once-in-a-generation opportunity to make history, and in a grueling year that took him around the world, Djokovic was unable to find greatness one more time.

World No. 2 Daniil Medvedev won his first grand slam title, beating world No. 1 Novak Djokovic in straight sets in the US Open..