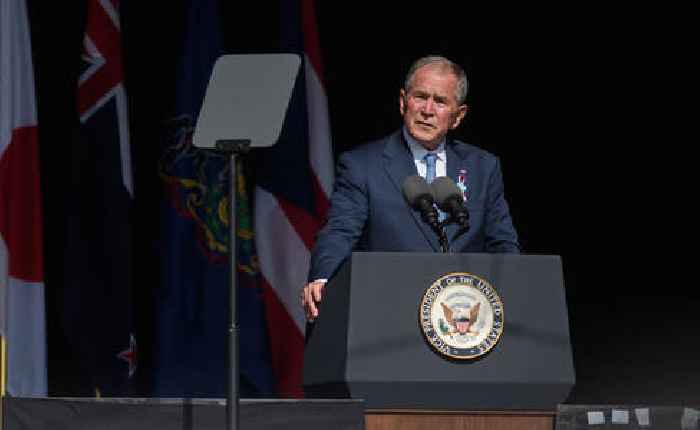 In his speech in 2001 during the commemoration of the 9/11 attack, former President George W. Bush pays tribute to the fallen United Airlines Flight 93 says America at its purest. He speaks on that day, in the skies where 33 people choose to save others and the ones on the ground were united, the true spirit of 9/11.