Inside Paramount’s CEO Shuffle: A New Digital Future or Next Acquisition Target? | Analysis 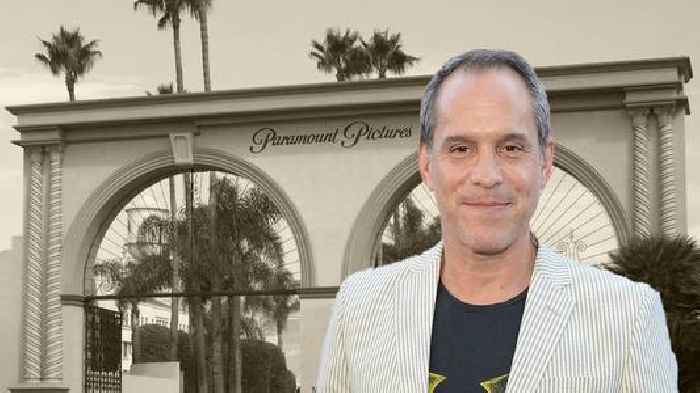 Inside Paramount’s CEO Shuffle: A New Digital Future or Next Acquisition Target? | Analysis

The replacement at Paramount of longtime studio chief Jim Gianopulos with Nickelodeon head Brian Robbins is a significant signal of change at the storied Hollywood studio, underscoring a desire for innovation amid industry-wide anxiety about the state of traditional moviemaking and the rise of streaming.

But is the CEO shuffle truly a move to bring Paramount into the digital age at long last or — as some analysts say — merely an effort to clean house ahead of an expected acquisition by a bigger, deeper-pocketed company?

“Paramount is more interesting now than it was eight hours ago,” one industry insider who asked not to be named told TheWrap. “Brian is very interesting … He’s going to bring some fresh energy and ideas to the table.”

Indeed, the 57-year-old former star of the 1980s sitcom “Head of the Class” and founder of AwesomenessTV has a finger on the pulse of the always-desirable younger demographic, leading some to speculate that expertise on youth appeal is one reason Robbins has been moved to the head of the class at ViacomCBS’ movie studio. (As part of the ViacomCBS executive shakeup, longtime Showtime head David Nevins will expand his portfolio to include oversight of all non-CBS and non-MTV Entertainment Group TV production as well as original content for Paramount+.)

One sign of an internal paradigm shift: Even as Robbins heads up the film studio, he will continue to oversee all strategy, creative and business operations for Nickelodeon and ViacomCBS’ other kid- and young-adult focused brands. “It’s fair to say that someone who understands the viewership data generated by a streaming service is invaluable to the greenlighting process for a modern studio,” David Offenberg, an associate professor of finance at Loyola Marymount University with an expertise in the entertainment industry, told TheWrap.

However, industry watchers seem to be split on what’s next for Paramount. One possibility is that Paramount (and ViacomCBS) will jump ahead of Lionsgate as the next studio sucked into the recent wave of consolidation that this year has seen Amazon gobble up MGM for $8.45 billion and Discovery plan to merge with AT&T’s WarnerMedia in a $43 billion deal.

“There’s a been a lot of talk about whether it’s going to be acquired, or be an acquiring party,” Nicholas Soltman, partner at Kinsella Weitzman Iser Kump Holley, said.

Sale rumors have long circled around Paramount — even before the re-merger of studio parent company Viacom and CBS two years ago. (It’s worth noting that the company’s market cap on Friday was $25.8 billion — a 20% drop from the $33 billion of the separate companies pre-merger.) This time around, Soltman said, chairman Shari Redstone might want to avoid the uphill battle of making its new Paramount+ streaming service competitive with earlier entrants in the field like Disney+, Netflix, Hulu and HBO Max.

As of last month, the company reported just 42 million global subscribers for Paramount+, Showtime and BET+ — which is less than the 47 million subscribers for HBO/HBO Max in U.S. alone. “They got such a late start, and there is a general consensus that there won’t be seven services in five years,” Soltman said. “I feel pretty comfortable that Disney+ is going to there, and Netflix, and HBO Max and Warner Bros. Discovery. But after that, I’m not so sure.”

Even if the company doubles down on its plan to grow its in-house streaming service, insiders said that Robbins seemed like a better choice to lead that effort than a classic studio exec like Gianopulos. The 69-year-old veteran took the reins of a deflated studio four years ago following a storied, 16-year run at Twentieth Century Fox.

“When Jim went (to Paramount) it seemed like a consolation prize for him because he was pushed out of Fox — it felt like Jim always wanted to be a studio head, so it was a job of convenience for everyone, he slotted right in,” a second industry insider told TheWrap. “He took over when Paramount was such a mess and they didn’t have a streaming strategy… He was never going to be the right guy to balance this new world, he was an old-school guy. That’s why Brian Robbins is so attractive — he comes from a digital space.”

Soltman noted that Gianopulos “was responsible for tentpole, franchise movies like ‘Mission Impossible’ — you could sort of see the writing on the wall, that Paramount is maybe not going to be as interested in that kind of distribution model going forward, or maybe on a reduced basis.”

But Paramount, which hasn’t topped $1 billion in domestic box office since 2014, has not had many box office hits under Gianopulos’ tenure. The studio finished 2019 without a single $100 million hit and just $564 million in cumulative ticket sales. But the studio has one of the most valuable libraries in Hollywood, with gems from the 1970s including Francis Ford Coppola’s “Godfather” series, “The Conversation” and “Rosemary’s Baby,” and others from more recent decades like the “Mission: Impossible” and “Transformers” films. That said, “You could argue that Paramount is in the worst shape of the studios and ViacomCBS itself has struggled this past year and a half,” the insider said.

Still, many expressed shock at Robbins’ sudden ascension. “To go from a money-losing YouTube channel to the head of basically head of entertainment of Viacom, that’s one extraordinary accomplishment,” the first industry insider said. “Thank God we got some younger, new, adaptive leadership at a Hollywood studio.”

Peter Csathy, chairman of Creatv Media, also praised the promotion. “Robbins’ coronation as studio chief is a loud statement to Wall Street that ViacomCBS understands that we are now firmly in a streaming-first world,” he said. “Robbins essentially kicked off Hollywood’s digital revolution years ago when he launched kids-focused AwesomenessTV – ultimately a shot across the bow to Hollywood’s traditional guard. AwesomenessTV marked the beginning of Hollywood’s digitally-driven new world order. It also underscored the power of family-first, kids-focused content. Robbins takes those badges of honor to his new chief role, and investors will cheer ViacomCBS’s signaling of Paramount now becoming a streaming-first and Gen Y and Z content-driven studio.”

Robbins will face a daunting task to build ViacomCBS’ streaming content strategy — especially since the company was such a late entry into the streaming world with its March 2021 launch of Paramount+. Unlike other studios, which were hoarding content for their streaming platforms, Paramount has spent the last year unloading several films, licensing “Coming 2 America” to Amazon for $125 million and Aaron Sorkin’s fact-based drama “The Trial of the Chicago 7” to Netflix, while also bringing in Apple to help finance Martin Scorsese’s “Killers of the Flower Moon.”

“Paramount has been the most aggressive to making content and selling it off as opposed to building their own library and streaming service, so what does this mean for the strategy of selling to third parties vs. building its own library and building out Paramount+?” the first insider asked. “And what does this mean for the stability of the executive ranks — is Jim the only change, or is this the beginning of a rework?” (Another insider wondered about the future prospects for Paramount COO Andrew Gumpert.)

The studio’s approach to talent may also shift amid a new focus on streaming content. “Paramount has always been a very filmmaker-centric studio and also very innovative when it comes to their marketing and release strategies,” Comscore senior media analyst Paul Dergarabedian said. “For example, ‘A Quiet Place Part II’ with its very successful ‘theatrical first’ release pattern took on the role of the kick-off film for what has been a most unusual summer movie season.”

But whether ViacomCBS decides to reinvent itself as a major player in the film-streaming space or reposition itself for a sale, the final decision rests solely in the hands of Shari Redstone, daughter of media mogul Sumner Redstone and chairwoman of ViacomCBS. “The ever-present question is, what does Shari Redstone want to do?” Soltman said. “She’s got all the voting shares.”

Paramount announced Thursday that “Clifford the Big Red Dog” will be released both in theaters and on Paramount+ on Nov...

Paramount+’s revival of “Rugrats” is getting a second season.

New episodes for the current first season will..