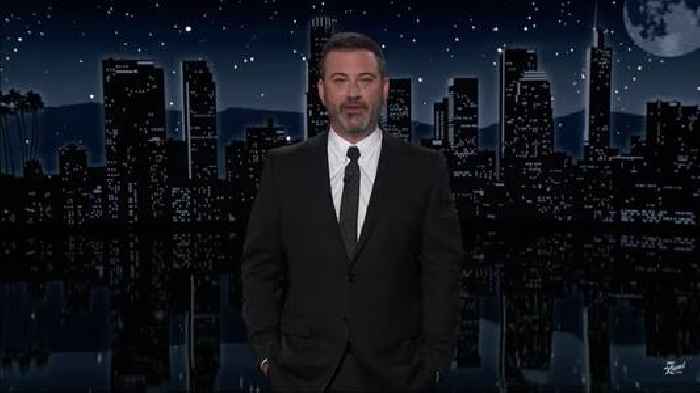 Jimmy Kimmel had a little fun at the expense of the lunatics who refuse to take COVID-19 vaccines and instead are paying for risky medications that have no value in treating the illness, like the livestock de-worming medication Ivermectin.

Kimmel brought up the story of a shop in Las Vegas that is now requiring people to prove they are actual horse owners by taking a photograph of themselves with their horse, before the shop will sell Ivermectin. To which Kimmel joked maybe the photos should be on the dating app Tinder.

“Many Americans – are still resisting the vaccine in favor of the paste they use to deworm horses you know,” Kimmel said during his monologue on Monday’s episode of “Jimmy Kimmel Live.” “So much so, that horse owners – are having trouble finding it – and even when they do, the increased demand has jacked up the price.”

“One feed store in Las Vegas had to post this sign: ‘Ivermectin will only be sold to horse owners. Must show pic of you and your horse.’ Preferably on tinder,” Kimmel joked.

“Can you imagine – you won’t go to Walgreens to get a free vaccine, but you will spend four hours photoshopping your body onto a Clydesdale to get ivermectin? I think they should make people ride their horses to the store,” Kimmel continued.

“You know who’s loving this the most? The worms. The horse worms. They’re like – party! Let’s get all up in this for a change! It’s only a matter of time until the horses fight back and start taking our Lunesta,” Kimmel added.

Kimmel also roasted anti-vaxxers who still take monoclonal antibodies. “It’s pretty incredible, people who don’t trust vaccines, do trust being pumped full of lab created antibodies. This is like skydiving and instead of using your parachute, you’re like, “Eh, I’ll just crash near a hospital.”

Watch the whole monologue at the top of the page right now. The COVID stuff happens about 4 minutes and 30 seconds in. Before that, he told some jokes about the Emmys, among other things.

After taking a very long summer vacation, Jimmy Kimmel returned to his ABC show for the first time in a couple of months and in his..