Colbert Cops to Not Saying Trump’s Name Since November: ‘Guilty as Noticed’ (Video) 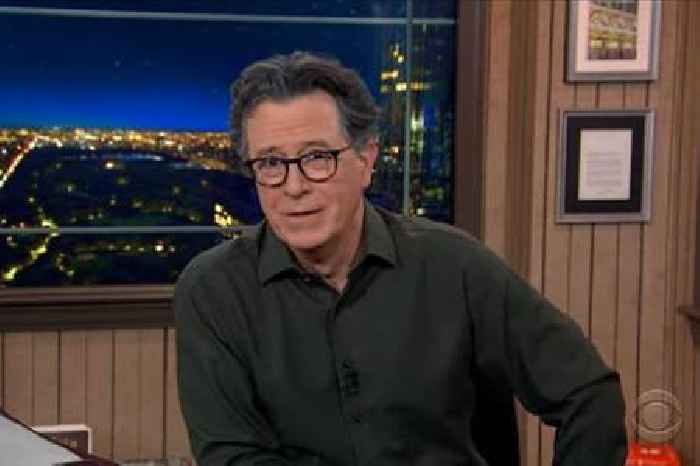 Colbert Cops to Not Saying Trump’s Name Since November: ‘Guilty as Noticed’ (Video)

Stephen Colbert admitted Monday night that, as an article from the Associated Press said, he hasn’t been saying Donald Trump’s name on-air since November. Worried his current euphemisms dignify “the former guy,” he asked viewers to start suggesting new ones.

“Guilty as noticed,” the CBS host said while reviewing the AP piece, which focused on the downward trend of Trump’s relevance in public life. Even in the graphic of the story Colbert’s production team flashed on-air, Trump’s name was censored.

“After the whole January 6 thing — no, even before that. It was after November 6 when he did that whole ‘I won’ thing, I planned not to say the guy’s name again. I think I’ve paid my dues in that regard, but now that the buzzkills over at the AP have mentioned it, it’s no fun anymore. Besides, it’s really hard coming up with synonyms for this douche nozzle’s name,” said the “A Late Show” host before checking with someone of-screen whether they team had used “douche nozzle” to describe Trump before.

*Also Read:* Boehner Says Pelosi Does a Better Job 'Holding Her Party Together' Than He Did as House Speaker (Video)

He went on, “Usually, I call him the former president, but that gives him dignity and me flashbacks.”

Colbert then appealed to his audience to help him find a more suitable name for Trump, like “Melania’s husband,” until, he hopes, he can start referring to him as “the defendant.” He encouraged viewers to tweet their suggestions at him and vowed to use the most appropriate ones on the show.

Tuesday’s “The Late Show” kicked off with a short video inspired by a recent team up between New York Mayor Bill de Blasio..