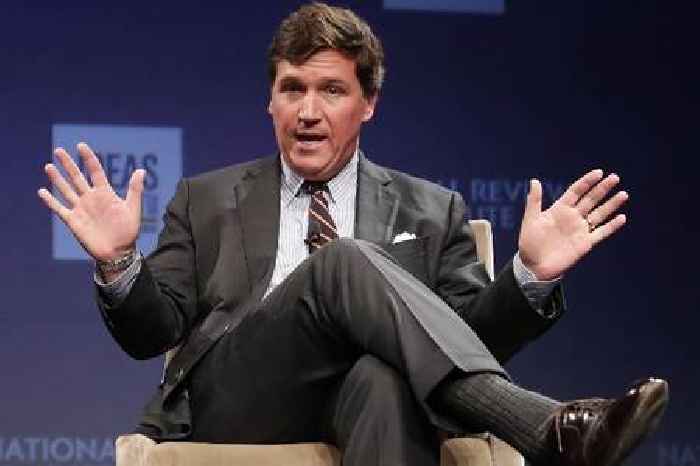 Another day, another chance for Fox News host to baselessly speculate the vaccine may be both unsafe and unnecessary

Tucker Carlson demonstrated Monday why a federal judge ruled he is not a credible source of news when he repeatedly speculated that COVID-19 vaccines are dangerous to pregnant women and said that college students don’t need them during the latest episode of his fox news show.

The rant came during his opening segment, which Tucker often uses to say things about the COVID-19 pandemic that are either untrue or unproven. This time, he kicked things off by arguing in Monday’s episode of “Tucker Carlson Tonight” that colleges requiring vaccines for enrollment is a form of discrimination against people who decide they don’t want to be vaccinated against COVID-19.

Of course, there is not an official government order forcing everyone to get the vaccine, but nevertheless Tucker argued that requirements like this are basically a mandate — and then launched into baseless claims that civil liberties are somehow under attack, his usual special move.

“No one should be forced to take this or any other medicine against their will, and unless they speak up now, unless they resist this, they’ll be getting this shot whether they like it or not, and many more shots,” Tucker baselessly claimed.

Some colleges are requiring the COVID-19 vaccination to avoid becoming a hotspot for infections, which the CDC recommends, but doesn’t mandate. With in-person education and dorm living coming back, it’s far safer to ensure people don’t contract and spread the virus in close quarters.

But Tucker still thinks that healthy people who are college-aged don’t need the vaccine, because, as he put it, many of them have the antibodies from previous infections or are just healthy enough they could get COVID and still be fine. Tucker’s not the only person to argue this — podcast host Joe Rogan did so last week.

However, it’s important to note that we have known for more than a year that antibodies caused by other coronaviruses (like common cold) do not afford people protection against COVID-19. Also, while young people may be less likely to die from COVID-19, they are still at risk of severe health problems and can still transmit it if infected, which is a major reason why health authorities urge younger people to get vaccinated regardless of their personal risk of death.

Tucker Carlson isn’t a source of facts — recall a judge ruled in an actual hearing that no “reasonable” viewer should assume he’s credible — but still, he’s spreading some dangerous misinformation about how the COVID-19 vaccines work, and if they’re safe.

Tucker also repeated baseless misinformation about how the vaccine affects women who are pregnant or breastfeeding, speculating that it could negatively impact fertility, which just isn’t true.

Some false reports circulated social media that claimed the spike protein on the outside of coronavirus cells was the same as a protein that attaches to the placenta during pregnancy, and wrongly claimed getting the COVID-19 vaccine would cause a woman’s body to fight that protein off and damage her fertility. There is no evidence that the vaccine negatively affects pregnancy or lactation. Doctors and the CDC recommend pregnant women get the vaccine in order to avoid further complications, since pregnant people are at increased risk for severe COVID-19 illness.

“If the authorities are permitted to control a healthcare this intimate, if they can force you and your children to take a vaccine you don’t want and are afraid of, what can’t they do?” Tucker asked. “Nothing… They will have total power over your body and your mind forever.”

No, we have no idea how getting a vaccine to prevent a disease that has already killed nearly 600,000 Americans is somehow the coming of totalitarianism.

Check out the clip at the top of the page.

Fox Corp. CEO Lachlan Murdoch stuck up for his ratings darling Tucker Carlson in a recent interview with Business Insider, and..