Kevin Sorbo Claims He Threw a Fit Over Masks in a Starbucks, Mass Mockery Ensues 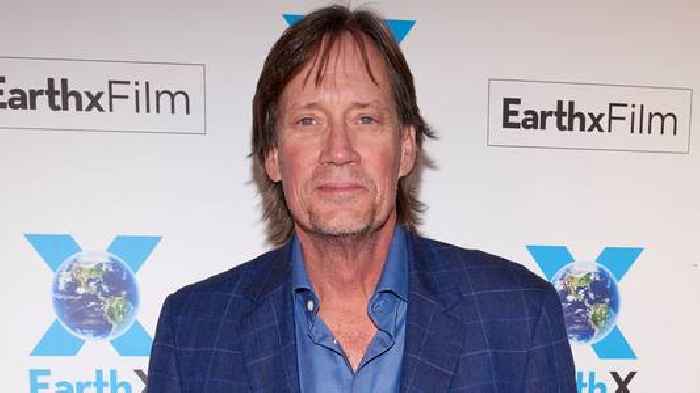 Kevin Sorbo Claims He Threw a Fit Over Masks in a Starbucks, Mass Mockery Ensues

Kevin Sorbo claims he recently made “a scene in public” by refusing to put on a mask at a coffee. It isn’t clear if this actually happened, but it is true that Sorbo caused another scene… on Twitter.

Sorbo, who it must be said did not provide photographic or video evidence of the event, said on Tuesday that during a recent visit to Starbucks in Los Angeles, the staff asked him to put on a mask. That would be because Los Angeles County recently brought back indoor mask mandates as COVID-19 cases rise.

Here’s how the “Hercules: The Legendary Journeys” actor described what happened next. “I’m not proud of this but i just made a scene in public for the first time in my life. I walked into Starbucks and they asked me to put a mask on. I yelled this is BS. I turned around and walked out. I know what you’re thinking… My first mistake was walking into a Starbucks!”

The punch line makes us think this might be an attempted joke. Starbucks is after all frequently the target of insults and more than a few obvious hoaxes designed to anger conservatives who, for nebulous reasons, widely believe Starbucks is a leftist institution. And Sorbo is a vocal Donald Trump supporter and proponent of the baseless conspiracy theory that the Jan. 6 insurrection was a false flag intended to frame Trump.

But again, it’s not clear whether or not the whole comment was a joke, or if Sorbo just slipped the Starbucks insult into an otherwise on-the-level story about being needlessly rude to minimum wage-earning workers.

Joke or not, plenty of people assumed Sorbo was being serious and roasted him enthusiastically. “Law and Order: SVU” showrunner Warren Leight said, “I’m thinking be a big man and put your mask on instead of yelling at workers, @ksorbs.”

And “Billions” showrunner Brian Koppelman said, “put on a mask bro and suck down that Frappuccino or whatnot. mask up, kid. simple.”

Luckily for Sorbo though, the LA County Sheriff’s Department won’t be doing anything to legally enforce the reprised mask mandates. “Forcing the vaccinated and those who already contracted COVID-19 to wear masks indoors is not backed by science and contradicts the U.S. Centers for Disease Control and Prevention (CDC) guidelines,” Sheriff Alex Villanueva said Friday.

Imagine being this fragile https://t.co/D09H88HnOt

I’m thinking be a big man and put your mask on instead of yelling at workers, @ksorbs. https://t.co/Cfzn0pJ02f

i was thinking about how Xena is so much cooler than you https://t.co/rPuvcw1Rw8

Be proud Kevin. This is the only scene you’ll be acting in for the next decade. https://t.co/KzuYoorROY

Next on Kevin Can F**k Himself: https://t.co/v40dyIxaSv

"And then — and THEN! I stamped my widdle foot because they wouldn't allow me to risk others' health and safety with my inflated sense of entitlement, and just like my bone spur hero, I boldly marched out to seek attention elsewhere…" https://t.co/oHn1g9WjjU

Starbucks occupies a fascinating place in the conservative brain. From what I can tell, they all go there all the time, but think of it as an outpost of their evil, sicko enemies, and are constantly on guard against Starbucks-related indignities. https://t.co/5ipGLGwv1L

Are you telling us because you're worried someone recognized you? Because I wouldn't worry about that. https://t.co/UQ0hsDDxQ4

Sorry to hear you blew your job interview, Kev https://t.co/Gwh25N3lTG

Definitely not what I’m thinking. https://t.co/K2NQ3KUqU3

Trump, O'Reilly Not Exactly Selling Out Tickets for Stadium Tour