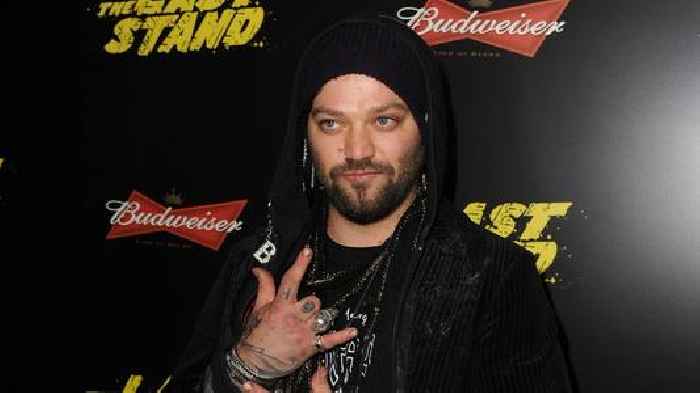 Bam Margera, the stunt performer and skateboarder known for “Jackass,” is suing Paramount, Johnny Knoxville and the team behind the upcoming “Jackass Forever” after he was fired from the film in February.

Margera, whose real name is Brandon Margera, previously told TMZ in April that he was fired from the film after he allegedly tested positive for Adderall and violated the terms of a “wellness agreement” he said he signed with the movie’s producers, refusing to go to rehab that he said was mandated by Knoxville.

“I am pissed-off, angry, hurt, and shattered that Johnny (Knoxville), Jeff (Tremaine), Spike (Jonze) and the studios and producers ripped off my creativity, content, and stunts to make this movie, fired me without justification, and refuse to pay for my work; I created this franchise before any of these guys ever got involved,” Margera said in a statement. “My lawsuit isn’t just about compensation. It’s about treating people with mental health and addiction issues in an honest manner and not taking advantage of their disabilities to rip them off.”

Margera attests in the lawsuit that he was discriminated against and that producers violated his civil rights because he says he suffers from physical and mental disabilities.

Specifically, Margera says he’s been diagnosed with ADD and bipolar disorder. But he also says that he has a history of abusing alcohol and has been through rehab several times since 2009. And he described to TMZ that his latest stint was “torture.”

The suit also says that Knoxville, Jonze and Tremaine approached him while he was in rehab in 2019, claiming they “accosted him and coerced him” into signing what he called a “draconian” “wellness agreement” for “Jackass Forever.” It further claims the agreement required him to take daily drug tests at scheduled and unscheduled times and that if he did not sign the agreement he would be excluded from future installments of “Jackass.”

“Defendants went so far as to employ a doctor who Facetimed with Margera every morning to ensure Margera took the cocktail of pills that Paramount’s medical team prescribed to him—pills that left him physically and mentally drained, depressed, and a shell of his former self,” the suit states, including adding that Margera did not slip up but he adhered closely to the agreement. “Defendants’ treatment of Margera exacerbated his mental health issues and led to suicidal thoughts. But still, Margera persevered—only to have the rug pulled out from under him.”

Margera is seeking for an injunction on the release of “Jackass Forever,” as well as monetary damages and millions in compensation, saying that he is a creator on the “Jackass” franchise. The film is set to open Oct. 22.

TheWrap has reached out to Paramount, Knoxville and MTV Studios for comment.

Knoxville in GQ previously addressed Margera’s claims in TMZ that he was fired due to the positive drug test, saying that the team wants “Bam to be happy and healthy and get the help he needs.”

“I don’t want to get into public back-and-forth with Bam,” Knoxville said. “I just want him to get better.”

Pamela Chelin contributed to this report.

Paramount has sued the insurance company that is covering production of “Mission: Impossible 7,” claiming that the insurer has..

Bam Margera has filed a lawsuit against Johnny Knoxville, Spike Jonze and Paramount over his exclusion from Jackass Forever...